From Midas to Lara Croft, These Are the Top 10 Sweatiest Skin Combos in Fortnite

Fortnite has one of the largest player bases in video game history. With such a large community, it’s pretty obvious to see a lot of skill gap between the players in a lobby. While many of them are considered to be noobs, some of them have the skill to shred enemies easily. But along with that, there are also sweats and tryhards, who use every tactic to end up with a win.

Many of these players have certain traits that could be used to identify them. Some of them use metas or overpowered weapons. But along with that, they equip certain skins, pickaxes and backpacks. These are some of the most popular sweat skin combos in Fortnite.

The Manic skin is extremely popular among players in Fortnite currently. The skin only costs 800 V bucks, and with it, players receive three edit styles. Other than that, the Cactus Jack back-bling also suits the skin perfectly, and the Simple Sledge completes the cool yet simplistic combination. 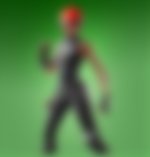 Fans who want to try on an extremely cold outfit should definitely try this combo. Players need to make sure that they select the Arctic style of Zadie to match the ice vibes of the combo. Many pros use these cosmetics in the game, which made them quite popular.

Ever since his entry into the lore of Fortnite, Hip-Hop artist Travis Scott has been an unstoppable force. With an amazing live concert, Scott instantly became the most recognized celebrity in the game. Because of his popularity, his skin has also become the go-to option for a lot of players.

The Double Agent and Gold Crow combo is quite expensive. While the bundle costs 2500 V-Bucks, the Crow costs 1200 V-Bucks. But by buying these items, players can try out different skin combos that are quite popular, along with the Gold Crow, which enhances the outfit.

Raz and the Star Wand Pickaxe

Raz is one of the more well-known male Battle Pass skins of Chapter 2. Players have a lot of edit styles to choose from, making it quite versatile. Most fans haven’t unlocked all the variants of the skin, which is why it isn’t very popular among average players.

Diamond Hanz aka the Stonks meme guy in Fortnite

It isn’t surprising to see the ‘Stonks meme’ guy become quite celebrated in Fortnite. But fans have made Diamond Hanz to become the ultimate meme skin in Fortnite, and it’s an extremely fun character to use in-game.

Blingy and Warrior combos that sweats always use

Fans who want to go all in on the gold craze definitely have to use this combo. The Midas skin is the ultimate bling skin in the game, along with the Gold Token and Crow. Pros like MrSavage have used this constantly for their games, making its popularity rise among sweats.

Even though it costs about 2000 V-Bucks, the Sparkplug skin is a very cool cosmetic to use. The Ink Edit Style is the one tryhards use a lot ever since it was added in Season 6. Other than that, the Enduring Cape and the Vision Pickaxe complements the skin well.

Fans have been in awe ever since the Tomb Raider joined the popular Battle Royale game. The skin has a lot of variants including a new gold version. Other than that, the Katana and the Back-Bling also match the fighting vibe of the character perfectly.

The Superhero skins had a massive drop in popularity during Season 5. But the skin’s usage increased again in Season 6, with pros like Benjyfishy using it in pro games. Fans can try the popular purple variant, or the glitched white version, and then can combine it with the Leviathan or the Star Wand Pickaxe.

There are other skins as well that sweats use in Fortnite. But if any player wants to play hard, while looking dapper as well, then they should definitely use these combos.