One of the biggest game launches of 2020 was MiHoYo’s Genshin Impact. The game smashed records on charts and made millions of dollars in almost a quarter of the year. Naturally, MiHoYo wanted to reward the efforts of all the employees who worked hard enough to make this possible.

Apart from bonuses and increments, MiHoYo also gave away the latest tech gadgets, including Apple products, PlayStation 5, and Nintendo Switches. From the images available for the event, one could possibly conclude that the studio is probably a reason the PS5 went out of stock. 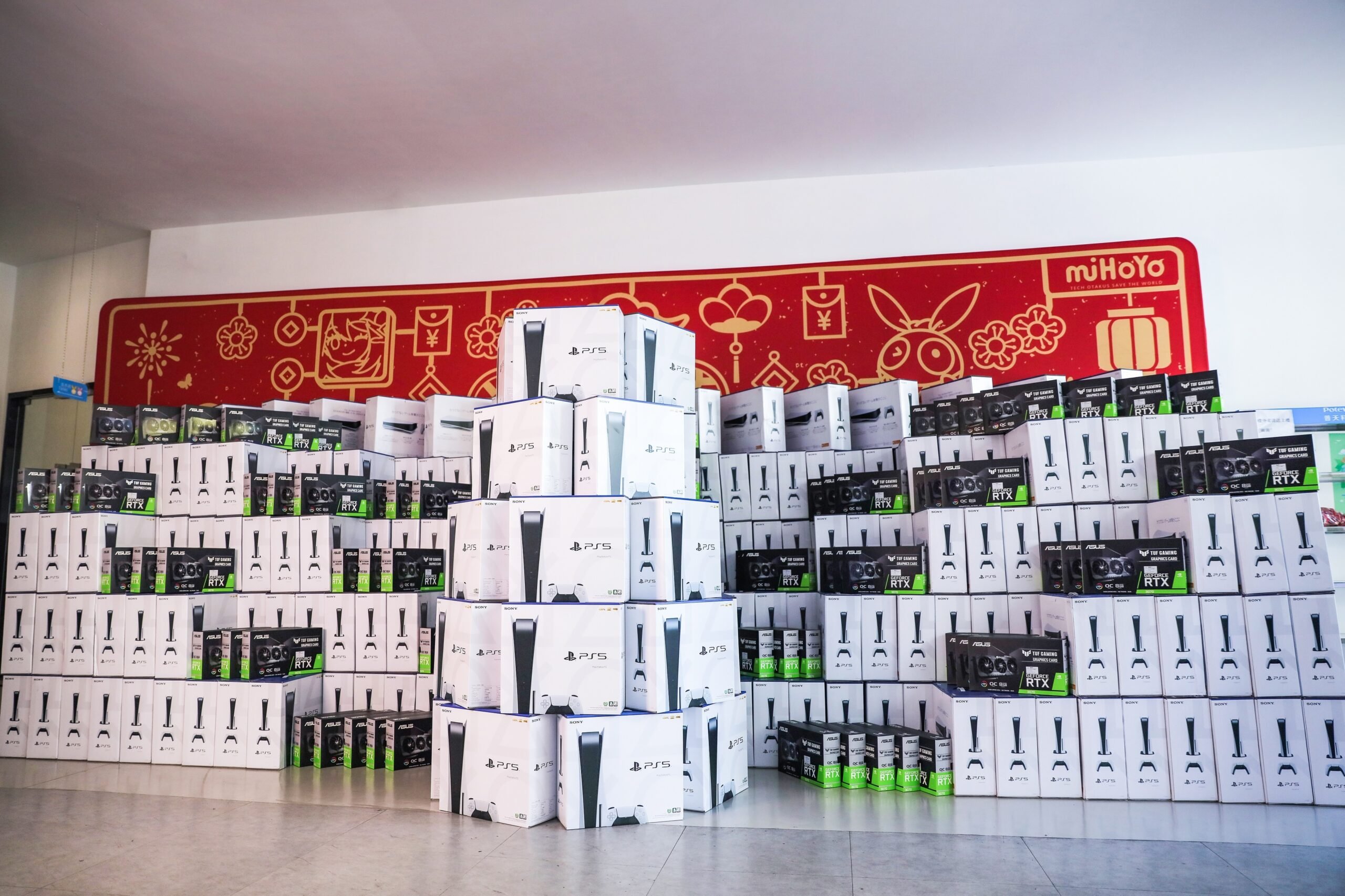 It seems that MiHoYo had over a hundred PS5 units, which could have possibly gone to people willing to pay for them. However, it still means that there are about a hundred people on this planet who are happy to get a PS5.

MiHoYo, the developers of Genshin Impact, held their annual employee meeting where they gave away a bunch of electronics to employees in a lottery. Essentially a thank you for the successful year the company had.

The employees participated in a Gacha lottery system (classic Genshin Impact move). Therefore, the studio put all the different items in brackets with different odds.

MiHoYo had limited stocks for all the products, which is why it had to make such brackets. At the top of this bracket was the Apple combo kit, including a Macbook, an iPhone, and an Apple Watch.

Redoing this tweet as it was taken the wrong way

MiHoYo gave away these items to all employees, but due to limited stock they employed a lottery / gacha system lol

Note. This system is just for these one off gifts, not for any other financial compensation / bonuses they earn pic.twitter.com/RAkcX4b0Ye

Does MiHoYo’s preference for the PS5 over the Xbox Series X make a statement?

Clearly, the studio chose one out of the two latest consoles to give away to its employees. However, the reason behind this could be twofold. First, the studio had earlier announced they do not see a future with Microsoft’s console. Since the customer base for Xbox users is thin in the East, MiHoYo believes this is not the right business opportunity.

The second reason could be the availability of the Xbox Series X. The stock of both consoles is fairly limited worldwide. Therefore, it is possible that the studio could not gather the consoles to give them away.

Regardless, MiHoYo has still not made any positive remarks on the Xbox front. Unfortunately, Genshin Impact is still not close to launching on the console.

While Xbox fans and all those who wanted a PS5 are happy, it was certainly a happy day for MiHoYo employees.