Genshin Impact had left behind an example for other game developers that money is not the only factor that ensures a game’s success. Ever since its release on September 28, miHoYo’s free to play game has been shattering several records that belonged to the likes of PUBG and Fortnite, among others.

However, with an increase in popularity, miHoYo might be neglecting some issues regarding free to play players. One of the biggest issues that players face is lack of resources and the Gacha system. Indeed, this has led to the community’s outrage towards the game.

Here is some information that players should try as a countermeasure against the Gacha system.

Save your primogems in Genshin Impact

The most common nightmare of free to players within the game is its Gacha system. In this case, miHoYo offers a very low rate of getting a five star, which is 0.67%. Numbers never lie, hence, the probability of getting a five star is rather low and not all players can get their hands on them.

However, to make it up to the players, the developers have also introduced the petty system. The concept is quite simple, that is to offer every player a chance to equip a 5- star item.

The drop rate of 5-star item increases from 75th at 0.67% up to 90th pull with a 100% guarantee of a 5 star item. The resources within the game are quite limited and specially after adventure rank 40, the game becomes favorable for players who grind really hard. 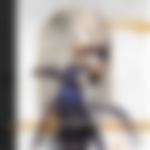 Trick to get the best team within the game

The most efficient way to build the best team is by saving up the primogems for months and investing them into one banner. Players should take the advantage of the petty system and should open limited time banner.

Moreover, with such a small rate of pulling out 5 stars, it is advisable to build a team with strongly built 4- star characters. This strategy can be best useful for free to play players.

However, during this time, one must always remember that patience is the key to unlocking all the favorite characters.

Do you like this strategy for building up a balanced and powerful team?