The last decade has witnessed Justin Thomas steadily climb to become one of the best golfers in the world. His support for his home tour in the PGA vs LIV battle further cemented his place amongst traditionalists. The World No. 8 is one of the most recognized golfers around, so it was no surprise to see a famous actor, who played a stellar role in the popular series, ‘The Twilight Saga’, challenging Thomas to a showdown.

30-year-old Taylor Lautner, who is best known for his role as Jacob Black in the Twilight Saga, recently hit the course for a roundabout. In a clip of him making a successful putt, the actor celebrates jubilantly, which prompted him to challenge Thomas through his Instagram story.

In response, the 2-time PGA Championship winner accepted the challenge, referring to Lautner as a ‘friend’. “The celebration says it all… I welcome the challenge my friend,” Thomas wrote while tagging the story on his Instagram account.

Thomas will be willing to join Lautner in a face-off, with the former world no. 1 relatively free on his schedule. He contested at the Hero World Challenge this month, finishing fifth in the event. His next participation is expected to be at the Sentry Tournament of Champions, to be played at the Kapalua Plantation Course in Hawaii. 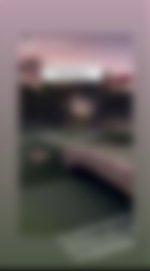 On the other hand, Lautner has quite a few upcoming projects on his schedule. He was recently seen in the Netflix film Home Team, where he played the role of Troy Lambert. But in the rare chance of a golf showdown, is Lautner good enough to match Thomas?

While his acting career is unrelenting, Lautner has been able to make some time out for golf. He posts pictures of himself whenever he visits the course, which shows his love for the game. Lautner recently made the trip with his newlywed wife, who crazily bears the same name as him.

But all things set aside, is Lautner good enough to wage a battle against one of the best on the circuit? The logical retort might not be favoring the actor, but it was he who made the challenge in the first place. So who knows, we might be up for a surprise before Thomas hits the ground running.

Sharan is an Engineering student with a desire to carve out a career in sports journalism. He is an ardent Tiger Woods fan and his 2019 Masters victory is what further cemented his love for the golfer. A die hard football fan, Sharan can be seen cheering for Real Madrid, and playing FIFA every chance he gets.
ARTICLES BY AUTHOR