If anyone took the golf world by storm despite being an amateur, it was Bobby Jones. In his short-lived golf career, he gave a distinct shape to the game and contributed more than anyone would’ve imagined.

Jones is credited with designing the Augusta National Golf Course, the home of the Master’s Tournament. He is also one of the co-founders of the event, which is today one of the most prestigious golf tournaments in modern golf.

While this is considered one of his biggest achievements, a recent discovery showed his extraordinary skills on the course. Let’s see the piece that is making rounds on the internet.

Watch This Story- Cristiano Ronaldo to Arsenal? Top 5 ‘Almost’ Transfers That Would Have Changed History

Bobby Jones hits 7-under par on the front nine

Lou Stagner found a snippet from the American Golfer Magazine from May 1921. He took to Twitter to make his findings public. It contains an entry of a couple of holes that describe his journey to shooting a 7-under par 30.

An article about Bobby Jones that describes him shooting 7 under par 30 on the front nine at East Lake.

Stagner wrote, “From The American Golfer Magazine (May, 1921). An article about Bobby Jones that describes him shooting 7 under par 30 on the front nine at East Lake.” East Lake Golf club is a private golf club that was home to Bobby Jones.

A lawyer by career turns out Jones was a long-hitter. In the description of these three holes alone, Jones went 5-under. In the 5-par 4th hole, he drove the ball 280 yards, shot it close to the hole, and sank a putt for an eagle. 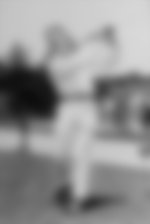 Most surprising in this entire piece, the 5th hole was actually a 610-yard par 6. On this hole, Jones drove a mighty distance of 340-yards. (Bryson will not love this) Another 2 shots later, and he finished off with another eagle on his card. On the 9th hole, yet another par 5, he drove an iron and followed it up with a 250-yard brassie onto the green. Missing the putt, he notched in a birdie on the 525 yard.

What a treasure was found in this article piece, elevating the status of the legend. What are your thoughts about these numbers?