The PGA Tour Champions is the senior tour of the PGA Tour. It features players over the age of 50 competing in a season-long series of events. The events include five major championship events as well. Following the conclusion of the 2022 season in December last year, the Champions Tour now returns with its first event for 2023. The Mitsubishi Electric Championship at Hualalai has been highly anticipated by both the players and the fans.

The Championship is currently underway at the Hualalai Golf Course in Ka’upulehu-Kona, Hawaii. It began on the 19th of January this week and ends on Saturday, the 21st.

The field and format of the Mitsubishi Electric Championship

The event sees 42 players competing for the title. With no cuts being made at the tournament, all the players will play the final round on Saturday. Additionally, the entire field of 42 stands to receive a piece of the purse.

The field includes golf greats like Padraig Harrington, Bernhard Langer, and Steve Alker. Miguel Angel Jiménez, the defending champion, is also on the course this week. He will undoubtedly be looking to retain his title and take home the prize money and perks that come with it.

After the first round, Kevin Sutherland and Darren Clarke are tied for first with a score of 7 under par. Close behind them, by just a stroke, are five other senior players. With two rounds still to go, the championship is still anyone’s game.

How much will the winner of the event take home?

As per Golf Net News, the total purse for the event is $2 million. This is split among all 42 senior players. The winner will not be receiving the standard 15% payout as per the PGA Tour Champions’ prize money distribution chart. Instead, he will receive more, with a total of $340,000. 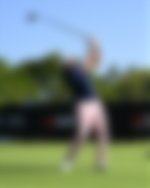 In addition to the prize money, the winner will also receive Charles Schwab Cup points. Every dollar the players earn converts to one regular-season point to qualify for the Charles Schwab Cup playoffs during the year. At the end of the season, the top five players on the points list will receive a cut of a $2.1 million bonus pool.

The entire prize money breakdown of the Mitsubishi Electric Championship at Hualalai is as follows:

Who do you think will take home the win and the perks? Let us know in the comments below.

Sheldon is a golf writer at EssentiallySports. He is a Business graduate from Christ University, with a degree in Finance and Accounting. He also has an experience as a Senior Audit Associate at an MNC, but his love for writing made him follow his dream and switch careers.
ARTICLES BY AUTHOR