Winning gold in the Olympics is a dream for many. Although only the players win the medal, the hard work of many paves the way for it. The 2020 Tokyo Olympics gold medalist Golfer, Xander Schauffele realized just that.

Austin Kaiser was beside him when Xander Schauffele won gold at the 2020 Tokyo Olympics. As his caddie, Austin was the first person with whom Xander celebrated his win. That is why the Olympic gold winner and his family gifted Austin a ring with the Olympic symbol engraved on it. 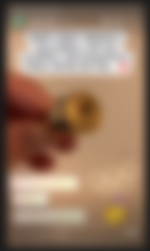 When a golfer gets his medal, the caddie gets nothing. The Schauffele family didn’t want to ignore this fact, so they presented him with the ring.

Watch This Story: Tiger Woods Vs Drake Net Worth Comparison Who is Richer?

Austin Kaiser shared this news through his Instagram story; he wrote, “Since I didn’t receive a gold medal for the Olympics, The Schauffele family gifted me this..”

When Xander Schauffele started his career as a professional golfer, he wanted Austin as his caddie.

Austin Kaiser and Xander have known each other for more than ten years. The duo was part of the San Diego State college golf team. Although Austin wanted to be a cop and started training after graduating college, one call from Xander made Austin become his caddie.

Xander told Austin, “Hey I need a caddie and I think you would be great. We’re buds and you know my game more than almost anybody.”

When Austin was asked about his relationship with Xander, he explained, “If Xander fired me and Tiger or any of those guys came up to me, I wouldn’t caddie for anybody else. Because I don’t have that emotional attachment.”

He further added, “I think I have the best job in the world.”

The Olympics was a tough tournament for Xander Schauffele. Although he was in the lead, Slovakia’s Rory Sabbatini gave him tough competition.

However, Xander won the gold medal in the end with a score of 18 under, while Sabbatini secured silver with 17-under in the final.