Andre Greipel cemented his reputation as the best rider in this year’s tour, with his 4 Stage win of the 2015 Tour, winning the finale on the Champs-Élysées. Chris Froome and his team enjoyed a quiet processional day as they look forward to celebrating his 2 Tour de France Triumph as the 2015 Tour came to an end.

The start of the final, 109.5km takes place at Ville-d’Avray. It was at this site, the first ever Tour de France finished in 1903, before the parade procession to Paris. All the classifications have already been decided and barring a crash, Froome was set to win, as by tradition the leader is never attacked on the last day. Owing to rainy conditions, the race organizers had decided to take the time when the riders crossed the line of the Champs-Élysées for the first time, 21kms into the stage. However, the race did run its full course as they completed the nine laps around the center of Paris. At 55kms in, there was an intermediate sprint.

The main field, from an initial 198 that started on 4 July numbered 160. Team Sky were in a special kit. Instead of their usual blue highlights on their black uniform, they had Yellow Highlights as they celebrated the triumph of Chris Froome. After the 21km mark, it was official, he had won the Tour de France.

Just ten kilometers from the start, Team Sky were at the front of the Peloton, trying to pose for the team pictures in their new kit. There were no major attacks. At the intermediate sprint, Andriy Grivko of Astana took maximum points. This was followed by an attack by Sylvain Chavanel of IAM Racing. He was not able to last that long in the lead, being caught by the main body after seven kilometers.

Florian Vachon, Nelson Oliveira and Kenneth van Bilsen were the new leaders after Chavanel, as the Peloton were led by Greipel’s Lotto-Soudal squad. The breakaway group was joined by BMC’s Rohan Dennis with twelve kilometers to go as he might have thought about getting the first and last stage win of his debut Tour.Despite their efforts, the Lotto-Soudal led Peloton caught the stranglers with five kilometers to go, as the sprinters and their teams started to form up.

Giant-Alpecin and FDJ came to the front, but heading on the Champs-Élysées, Kristoff and a couple of his Katusha teammates managed to sneak into the front. The Norwegian who had won 18 races before the start of the Tour was so far unable to win a stage. However, he started the sprint too early. This allowed Greipel to charge forward and take the win. This was the German Sprinters 10 stage win the Tour de France. It also extends Peter Sagan’s winless run in the Tour to 56 stages, despite having dominated the Points Classification since 2012.

Chris Froome and Team Sky crossed the line towards the rear of the Peloton, as they boys from Team Sky enjoyed a fine day of not being under pressure in the front.

The final classifications of the various competitions aare, along with the winners 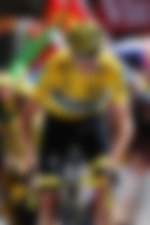 The King of the Mountains Classification Top 20

The Most combative rider of the tour was given to Romain Bardet for his determined attacks in the Alps.

So ends a dramatic and entertaining 2015 Tour de France. Now its time for these guys to rest up and prepare for the rest of the season.