Spanish superstar Rafael Nadal was not doing well during 2015-16 but he returned strongly in 2017. One of the assets that helped him make such a strong comeback was his new and improved service. His coach Carlos Moya talked about this change in his service in a recent interview with Marca. Check it out. 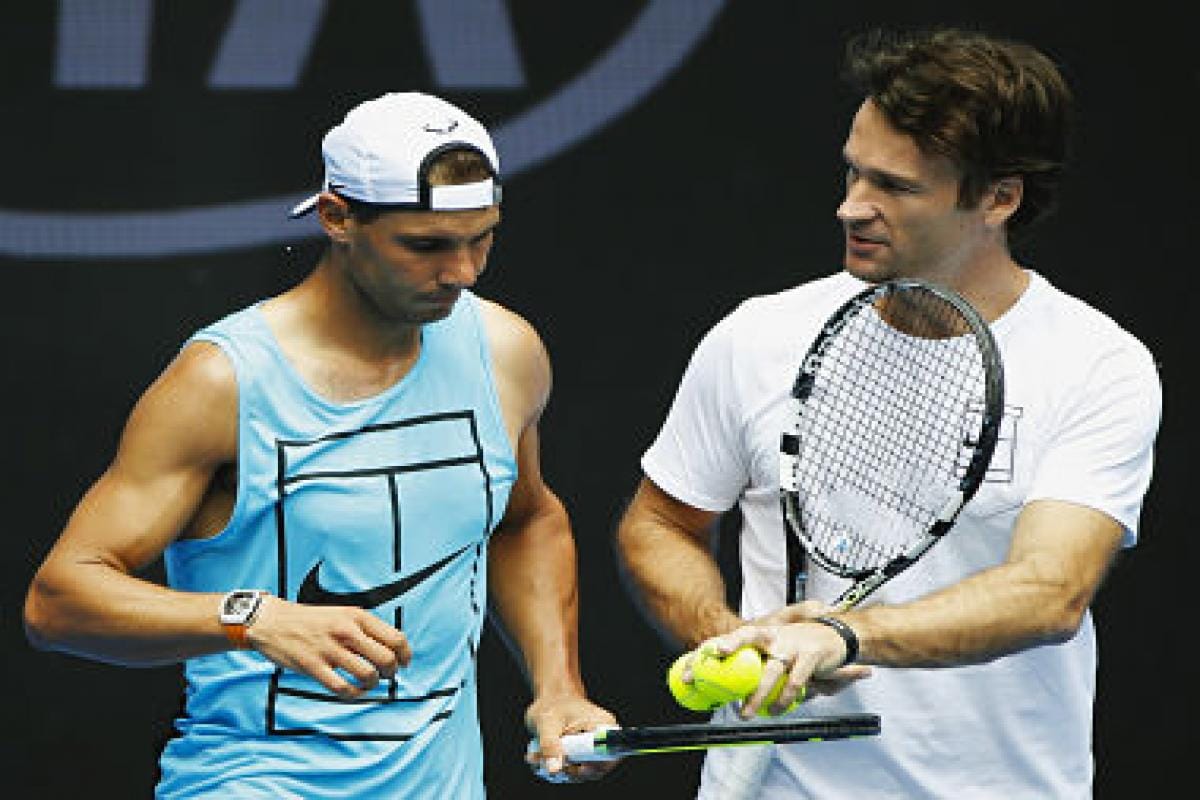 As every tennis fan knows, 2015-16 was not a great time for Rafael Nadal and even Carlos Moya admits that here.

“He had had injury problems since 2015 and also confidence problems, in general, he was not working well and at the head level either. So in 2016 he played well again and had a problem with his wrist.”

Carlos joined Rafa’s team in 2017 and advocated an improvement in his service to be more aggressive. He went to talk about where he improved greatly, saying,

“The great improvement I think was with the second serve. Normally, he always tried to put a lot of firsts in at the percentage level due to the weakness of the second service. The point began by defending. I tried to get him to go for the point, to change the rhythm of the plays, to make the points shorter.”

Clearly, Carlos Moya’s advice worked very well as Rafa made a stunning comeback. He has won 5 Grand Slams since 2017 and is now closer than ever to beating Roger Federer’s record. And that is something he will definitely be thinking about as it will decide who ends up as the GOAT of tennis.

After his win at 2019 US Open, Rafa took his Grand Slam tally to 19. That is one short of Roger’s 20, and with form on his side, the Spaniard could easily beat the record. He is probably waiting for the next opportunity to beat this record.

Unfortunately for him, that opportunity is only going to come after a while as ATP Tour has been suspended. The Spaniard will have the opportunity to break this record in July, and, hopefully, he will.