Published 08/11/2019, 9:12 AM EDT
Dutch Eredivisie football club AZ Alkmaar suffered a mishap when part of the roof of their stadium collapsed. As it turned out, high winds was the culprit behind the disaster. The good news was that nobody was injured in the dramatic incident. Apparently, the structure fell on to the seating area below, which the club later confirmed.

According to pictures, a large section of the roof, which was level with the halfway line broke free. That section was lying in pieces where spectators usually sit to the watch the football action.

The club’s general manager Robert Eenhoorn told a press conference of the “surprise and shock”, but that they were “happy there was no human suffering”.
He added: “In the coming days we will conduct a study with experts in this field. Only when that investigation has been done can we elaborate on the matter. It is much too early for that now.”

Eenhoorn confirmed that with the damage sustained, no matches will be played in the stadium until it is safe. 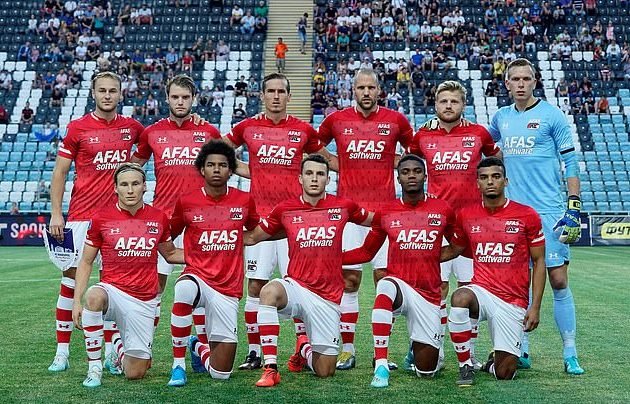 The club said on Twitter that it would be speaking to all of the authorities involved on Sunday morning, and that the stadium site was “not accessible for the time being”.
The AFAS Stadium was opened in 2006 with a friendly against Premier League club, Arsenal. The stadium boasts of a capacity of 17,000 seats and is located on the southern edge of the city, 2km from Alkmaar city centre.
https://twitter.com/andrew_h2k19/status/1160270525622575105?s=20

The club’s opening league fixture of the season is away at RKC Waalwijk, which they are currently leading 2-0. Winger Oussama Idrissi scored both goals to hand Alkmaar an unassailable lead.
Their next home match is scheduled to be on Thursday against Illichivets Mariupol in the Europa League qualifying round, followed by a home league match against Groningen next Sunday.

Part of AZ Alkmaar's stadium collapsed today.
"There was nobody in the stadium at the time of the collapse. We're very shocked but particularly happy there was no one hurt." pic.twitter.com/NMt053m4NE

More from EssentiallySports on Eredivisie