Being a world famous Formula One driver, it is fairly obvious that Lewis Hamilton will be extremely rich. Also, rich people are never without their toys to show off. For Hamilton, aside from piloting his multi-million dollar Formula One car, he has a number of supercars and hypercars. Here are some of the most well-known Lewis Hamilton cars.

The McLaren P1 is a hybrid sports car that rolled out onto the streets in 2013. Around 375 cars were sold until 2015, with one of them going to Lewis Hamilton to add to his car collection. His car comes in a royal blue colour and cost around $1.15 million.

The car itself is said to use Formula One technology and even has a KERS system that was use in F1. The McLaren P1 is one of the fastest Lewis Hamilton cars in the garage

The Shelby Cobra 427 is said to be a rare car and the most expensive Ford and it was first manufactured in 1965. When he bought this classic beast, it was worth around $1.6 million.

The Cobra possesses a 7.0 litre engine for enhanced power and acceleration. It was initially bred for racing, but production took too long and Ford missed the season. It turned out to be a financial failure, forcing Carroll Shelby to discontinue the car. The Cobra is one of the more classy Lewis Hamilton cars in his multi-million dollar garage. 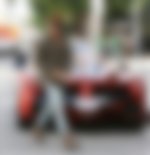 No supercar enthusiast will ever dream about not having at least one Ferrari in their garage. Lewis Hamilton is no exception either, and he went and bought the Ferrari LaFerrari for $1.35 million.

The hybrid supercar is one of 499 units sold and Hamilton was among the few who could afford one. In terms of the specs, the LaFerrari has a 6262 cc, V12, naturally aspirated engine that offers 789 hp and a peak torque of 677 Nm.

The Maybach 6 was unveiled in 2016 and Lewis Hamilton managed to get his hands on the Cabriolet version. This futuristic car features an all-electric powertrain with a claimed range of over 200 miles. Hamilton bought this stunning piece of work for $300,000.

The concept car has a quoted electric output of 738 hp, with a claimed limited top speed of 155 mph and goes from 0-62 mph in less than 4 seconds. This is one of the more futuristic Lewis Hamilton cars that is owned by the 5-time world champion

Although this Italian beast is strikingly sexy, Lewis Hamilton has not treated it particularly well. The 5-time world champion has often crashed the car and he says that it is the worst handling car he has ever driven.

The 760 was actually a custom car built for specific clientele and it cost Hamilton around $1.4 million. However, it would have probably cost a lot more to repair it, especially after he crashed it after ‘heavy partying’.

Lewis Hamilton bought the AMG GTR when he moved to the Mercedes Formula One team. The GT R is a high-performance variant of the Mercedes-AMG GT and debut at the Goodwood Festival of Speed in 2016. This German beast accelerates from 0 to 62 mph in 3.6 seconds and has a claimed top speed of 198 mph.

Initially, Lewis Hamilton bought a Ferrari 599 GTO and a 599 Aperta. However, he later sold the GTO, the first luxury car he bought. In terms of the Aperta, only 80 of these cars were produced in 2010 and was the fastest road car Ferrari had ever created at the time

In 2015, Lewis Hamilton bought a Mercedes Maybach S600, but has barely used it. So, he sold the luxury vehicle for $142,726. The car is fitted with 22-inch light alloy wheels, an infotainment system controllable from the rear seats and a 360-degree Surround View Camera.

The one specialty about this vehicle is that it has 6 wheels, with four at the back. Even though it went out of production, Mercedes pulled out all the stops to build a new one for the British superstar.

The SLS AMG GT is widely know for its famous gull wing doors and it came into Hamilton’s possession in 2014. This SLS has an additional 59 brake horsepower under the bonnet, which boosted this 6.2-litre V8 to 622bhp. It also has a top speed of 196mph and can accelerate from 0 to 60mph in 3.5 seconds. 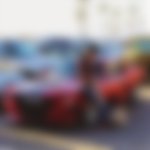 The Mercedes AMG Project One is the latest hybrid hypercar from the German manufacturer. According to Top Gear, Lewis Hamilton wanted to create a special edition of this monster of a car.

This edition would not be different from a physical point of view, instead, it would house more power and noise, with some small changes to the body kit. Speaking to Top Gear, Hamilton has apparently already taken the idea to AMG, and it’s being considered. The Project One is the latest of the Lewis Hamilton cars to be added to the collection.