The coronavirus outbreak has claimed thousands of lives and has festered in more than 140 countries. Naturally, all public events has been suspended and mass gatherings has been discouraged. This includes sports events from around the world and they have all been disrupted.

All the world leaders are trying their utmost to stop or slow down the spread of the virus. Some measure include advising against shaking hands to minimise risks of contamination. Aside from China, Italy is one of the worst-hit countries, with Spain’s severity steadily rising. Of course, there have been many major sports events that got cancelled or suspended indefinitely.

In England, the Premier League has been suspended, along with the Champions League and Europa League. La Liga and the Spanish second tier of domestic football also received the same treatment.

Closely following their move is the Bundesliga and the German second division, likely until April 2. FIFA and the Asian Football Confederation also elected to postpone the Asian World Cup qualifying matches.

The last Europa League match, between Olympiakos and Wolves took place behind closed doors. Even Ligue 1 and Ligue 2 has not been spared from such a fate.

PSG and Borussia Dortmund also played the last Champions League for a while. That match also took place in an empty stadium, at the Parc des Princes.

The Swiss league has also been halted in its tracks until further notice. However in Romania, all league matches will kick off in front of empty stands.

The same applies for the Bulgarian league for the next two match days will be played without fans. Additionally, the Bulgarian Football Union stalled ticket sales for the Euro 2020 match between Bulgaria and Hungary.

2020 is a big year for sports because of the 2020 Tokyo Olympic Games. As is tradition, there is always a torch-lighting ceremony in Greece, regardless of the location for the actual Games. However, this year, spectators have been discouraged from attending the ceremony. Furthermore, the Tokyo Olympics itself is in doubt

Athletics is also an integral part of the Olympics, and the World Athletics Indoor Championships is held before the Games. This year, the Championships was supposed to be held in Nanjing from March 13 to 15, but it will be postponed until 2021. 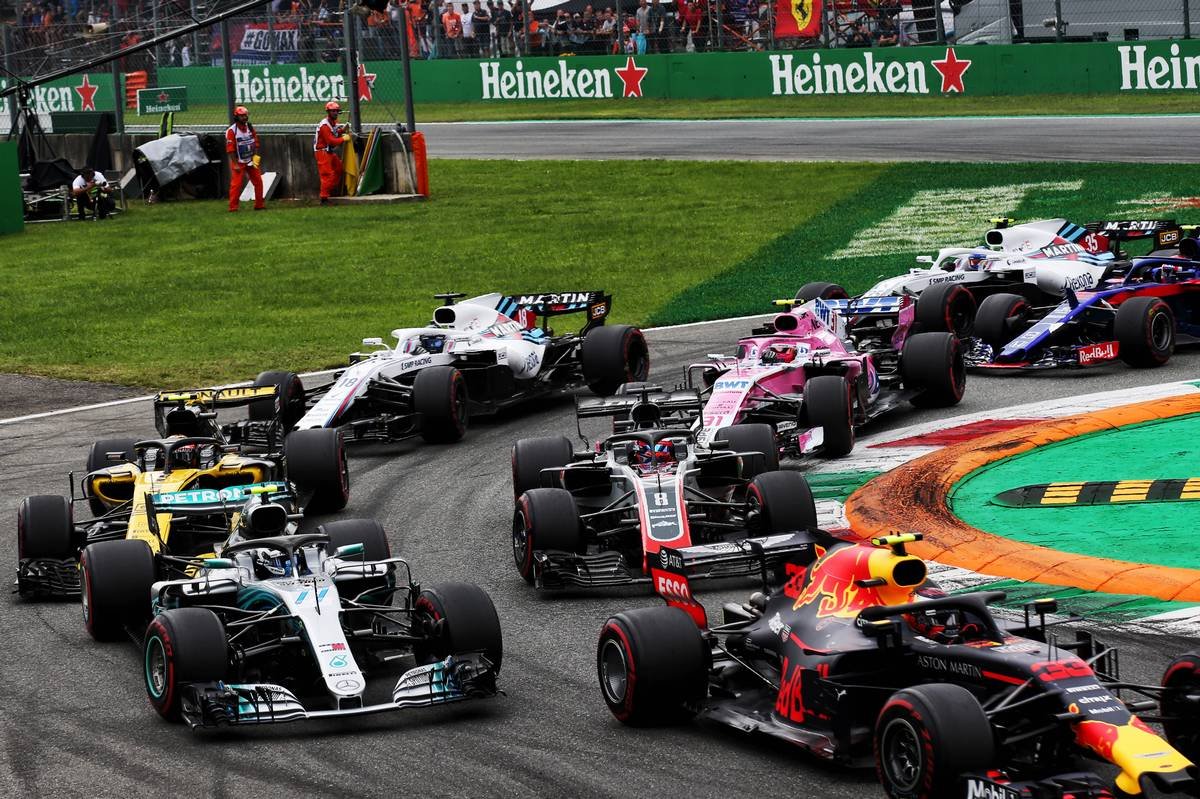 Since Formula 1 travels around the world, it is fairly obvious that attending several races in affected areas is out of question. Already, the season-opening Australian GP got suspended after a McLaren team member contracted the coronavirus.

In fact, the first four races have been postponed, namely Bahrain, Vietnam and China, aside from Australia. Unfortunately, the FIA has not set a date for when the season will commence, but is targeting late May with the Dutch GP.

Coming to tennis, the WTA suspended play until May, with Stuttgart, Istanbul and Prague tournaments postponed. The body insisted that they will keep an eye on the developing situation before taking a call. In the United States, the BNP Paribas Open in Indian Wells faced cancellation. The same fate befell the Xi’an Open and the Kunming Open in China.

Initially, the Tokyo Olympic boxing qualifiers was to be held in China. However, once the coronavirus situation worsened, the qualifiers got moved to Jordan. Sadly for the European and American qualifiers, the same could not be said, as they all got suspended. 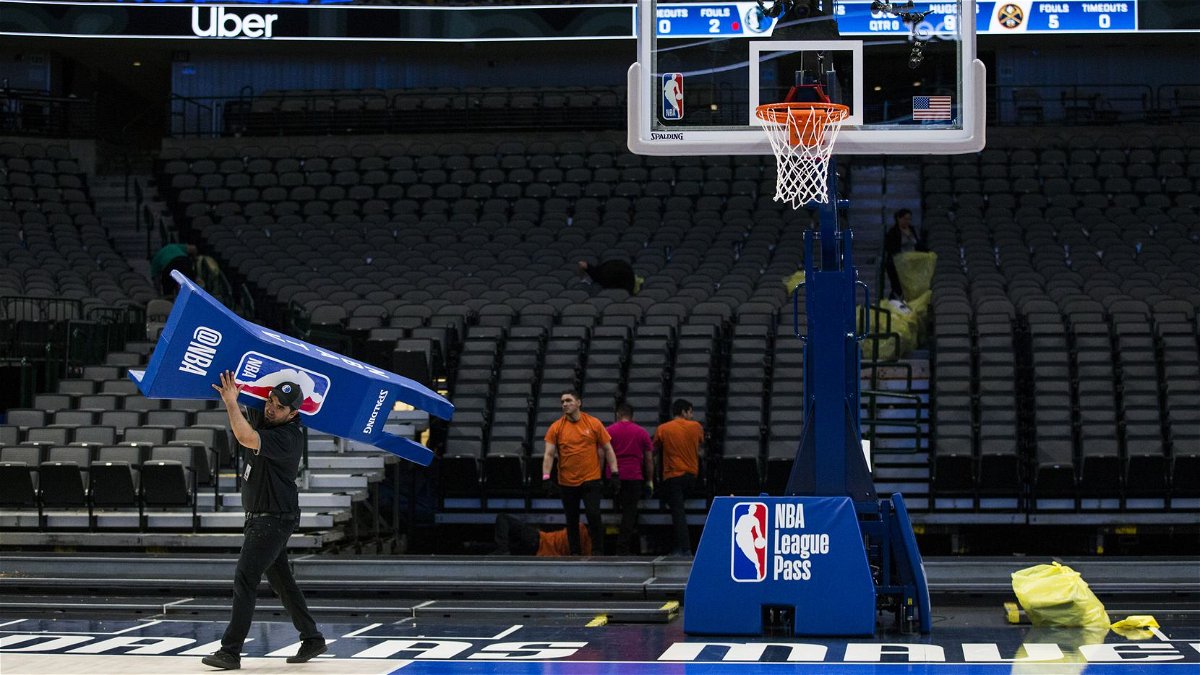 The USA finally grasped the reality of the situation when the NBA suspended the season until further notice. The decision swiftly came when Utah Jazz player, Rudy Gobert tested positive for the virus.

In France, the country’s rugby federation suspended all of its competitions. Meanwhile, the Six Nations matches also faced a huge disruption. The same fate struck the women’s Six Nations Championship when a Scottish player tested positive for coronavirus.

The opening round of the 2020 season in Qatar went ahead with only the Moto3 and Moto2 riders. This was because they were already in the country for a pre-season test, while the MotoGP riders were scattered across the globe. Meanwhile, the Thailand race got postponed and there are serious doubts about that championship.

The final two stages of the UAE Tour got cancelled after two Italian sports men tested positive for the coronavirus. Four teams have pulled out of several cycling races in Italy.

The final qualification tournament for the Olympics in Taiwan has been postponed from April to June. Japan’s professional league has postponed the start of the new season.

Major League Baseball (MLB), the US’s professional baseball league, suspended its “spring training”, a period in the off-season that features practices and exhibition games that allow trainers to test new players on different sports teams. The MLB also delayed its opening day, which was scheduled for March 26, for at least two weeks. Apparently, a Minor League New York Yankees player tested positive for the COVID-19 virus

The men’s Cricket World Cup Challenge League A, scheduled to begin on March 16 in Malaysia, has been postponed. The Pakistan Cricket Board announced that Pakistan Super League matches in Karachi will be played with no spectators in the stadium.

England’s two-match test series in Sri Lanka scheduled to start on March 19 was postponed. Meanwhile, the Indian Premier League has also been postponed

The National Hockey League, primarily based in the US but with teams from Canada, announced on Wednesday it is suspending its season for at least two weeks.

The NHL’s board of governors are meeting to finalise details of the suspension, according to reports. Two weeks is the current minimum amount of time the season will be halted.

Asian Olympic qualifying event from March 27-29 got moved to Bishkek, Kyrgyzstan. However, Kyrgyzstan later withdrew as host, throwing the event in jeopardy.