Everyone knows Spiderman is Peter Parker. Well, not really. In the last decade, Marvel has supported the growth of another Spiderman through movies and comics. His name is Miles Morales, and he now has his own PlayStation exclusive game. However, before anyone plays the game, here’s a short summary about the character and his history.

The character’s real name is Miles Gonzalo Morales. His stands 5’8″ tall and he weighs 160lbs. Comic creators Brian Michael Bendis and Sara Pichelli were behind the creation of Miles Morales, and he first appeared in the comic Ultimate Fallout #4 (October 2011).

Additionally, the creators admitted that the inspiration behind their creation was the appearance of Donald Glover in a Spiderman outfit in an episode of Dan Harmon’s TV show Community. Miles is a part of Marvel’s Ultimate line of comics. This line is an alternate reality version of the Marvel Universe.

Miles was born to an African-American father named Jefferson Davis and a Puerto Rican mother named Rio Morales. Furthermore, he was raised in New York, where he also pursued his education. He got his powers while he was in junior year of high school, when he was bit by a spider in Oscorp Industries, when the corporation was trying to replicate the effects of it on Peter Parker. Thus, the bite granted Miles powers similar to (and in some manners different) Peter Parker.

“I feel like Miles is an avatar of teenage experience in a way that has advanced so much more than when Peter Parker was a teenager,” says Insomniac writer Evan Narcisse. “My shorthand for this basically is saying that I personally believe that Miles, as a teenager, is cooler than Peter Parker as a teenager.

“He dresses better than Peter did. He’s got friends. He’s got game – maybe its not good game but he can at least talk to someone he’s attracted to whereas Peter could barely manage that.

“I think he’s more connected to the world that surrounds him. Peter Parker early on was a very reactive kind of character. That’s part of how we understood teenagers back then, and I think we understand teenagers differently now. They’re their own people with their own concerns and ways of moving through the world.” 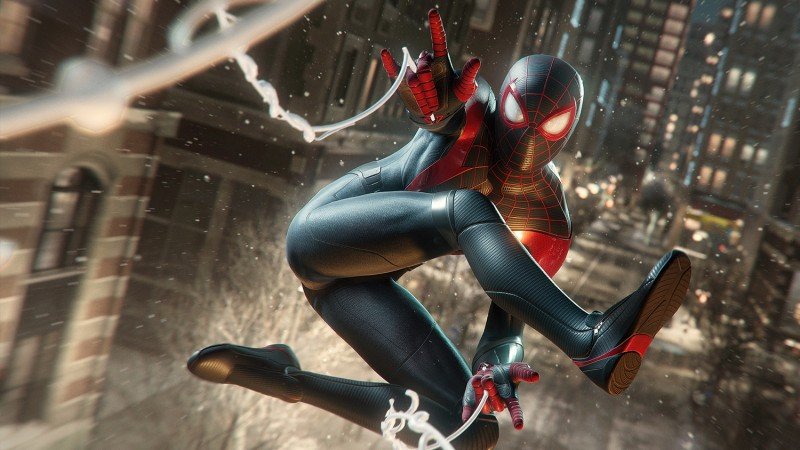 The villain of his timeline is none other than his own uncle Aaron. Both Aaron and Jefferson (Miles’ father) were engaged in criminal behavior when the two were young. However, Jefferson worked his way towards getting reformed and starting a new life. Aaron, on the other hand, continued the life of crime.

Powers and Legacy of Miles

Miles has superhuman abilities in terms of speed, strength, stamina, durability, and agility. Moreover, he can also crawl on walls and has an enhanced sense also known as ‘Spidey-sense’. These are all the abilities similar to that of Peter Parker. However, Morales has various other abilities that make him unique.

One of his unique abilities includes ‘Bio-Electrokinesis’ which allows him to control the natural electricity of his body and turn it into a weapon. This can be used to attack enemies and destroy tech. Moreover, he can also energize his web, camouflage to the extent of becoming invisible, and can regenerate health at a rate faster than normal.

Miles got wider recognition as Spiderman after the release of the 2018 animated film ‘Into the Spider-verse’. The movie and the success of the PS4 exclusive ‘Marvel’s Spiderman’, was Insomniac’s inspiration behind developing a game with Morales as the protagonist.

The game follows the storyline of Peter mentoring Miles. When Peter has to leave town for a while, Morales becomes the only Spiderman in New York.

The game releases on November 12 exclusively for Sony consoles. It is currently available for pre-orders on the PS4.