On the eve of Novak Djokovic’s fourth-round clash at the US Open 2020, his opponent, Pablo Carreno Busta, had said that he was hoping for Novak Djokovic to ‘have a bad day’. However, no one imagined that disqualification was in store for the World No.1. However, the improbable did happen and Djokovic’s hopes of a highly probable 18th Grand Slam title went down the drain with it.

The incident had many current and former players and experts talking about it. A wide range of opinions started to flow. Whatever the opinions and whatever the fact of the matter, Djokovic’s disqualification came as another hit to a tournament already reeling under the effects of other controversies.

The changing dynamics of the US Open 2020

From Hugo Dellien and Guido Pella’s removal to Benoit Paire‘s positive coronavirus test within the bubble, and doubles number one Kristina Mladenovic‘s controversy, the US Open 2020 is dealing with a lot. Now, an incident involving the men’s world number one makes it a tournament to remember, but not for the reasons the organizers would have hoped for.

On the other hand, better days seem to be on the horizon. Whatever the final result in the men’s draw, the US Open 2020 will crown a new Grand Slam champion. Djokovic’s exit has blown the draw wide open, and suddenly a lot is at stake. 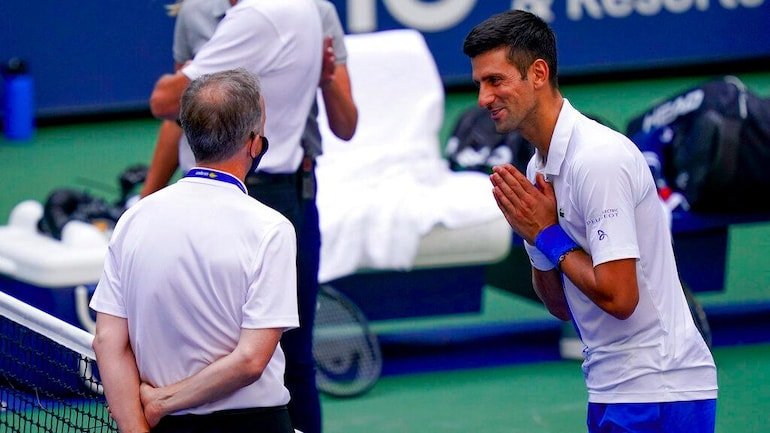 The imminent emergence of a new champion

The men’s singles final next Sunday will also have at least one first-time Grand Slam finalist. Carreno Busta will now face Denis Shapovalov in the quarter-final. In the other quarter-final, in the top half of the draw, Borna Coric will take on Alexander Zverev. None of them have ever made it to a Grand Slam final. All eyes are now on fifth seed Zverev.

In the bottom half, only two of the eight players left have been Grand Slam finalists. Daniil Medvedev, last year’s US Open finalist, and Dominic Thiem are the favorites there. But the likes of sixth seed Matteo Berrettini, Alex de Minaur, and Felix Auger-Aliassime are hard to ignore.

You would think the absence of Djokovic eases the pressure on the draw but all it does in increase it since the rest of the participants have a lot to lose now. Neither one of Roger Federer, Rafael Nadal, and Djokovic is in a Grand Slam quarter-final for the first time since 2004. This is a rare scenario; one that we are unlikely to see again for a while. Hence, the youngsters have a much easier road ahead of them to capture a long-awaited Major. The stakes couldn’t have been higher than this for the 12 men still standing.

The impact of the disqualification will also weigh heavily on Djokovic himself. It will be very hard to digest for the former tournament favorite. This incident adds to the Adria Tour fiasco, making it a difficult year for him despite the unbeaten run. His response in recovery to Sunday’s events will dictate the rest of his year.

For the time being, all eyes are on the fate of the tournament. The emergence of a new champion is imminent, and with that, the US Open 2020 hopes that the final word will be positive.