Not long ago, the US Open 2020 was on the verge of cancellation. The outbreak of the coronavirus pandemic caused major chaos in the tennis world with numerous tournaments out of the schedule in no time. Organizers of the US Open had always expressed their intentions to host the event, despite the COVID-19 situation in New York City and the resulting backlash from the tennis community. After a lot of planning and convincing authorities as well as players, the US Open is finally set to get underway in less than two weeks. More importantly for them, their sponsors will stay put this year.

Sponsors are vital for the successful implementation of every tournament. Sponsors provide goods and services and an agreed-upon fee which is used to run the tournament. In return, they receive representation at the tournament’s various activities and at the venue, in the form of advertisements. Many a time, sponsor events prior to and during an event also see many top players interact with various stakeholders.

Sponsors stay put at US Open 2020 despite COVID-19 impact 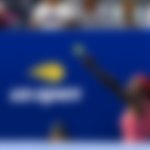 While the contribution of sponsors is always important, it holds greater significance in such challenging times. A global pandemic led to the US Open organizing the event behind closed doors. As a result, a major part of the revenue in terms of gate receipts will amount to nothing. A lack of spectators also leads to no visibility for brands/sponsors. On top of that, the sponsors themselves are going through a rough period in their respective businesses, due to the struggling global economy.

In light of this, the US Open will be glad to see many of its sponsors sticking with the event and also going a step further to help with COVID-19 relief efforts. Just having their brands associated with an event as big as the US Open is beneficial for any organization. Mike Dowse, CEO of the USTA, recently spoke about the sponsors’ commitment. “I’m very appreciative of our sponsors. We’ve had weekly town halls with them as we’ve gone through this journey. They’re fully committed to supporting our efforts here,” Dowse said.

Here is the list of the sponsors who will be part of the US Open 2020.

American Express is one of the main sponsors of the US Open. This will be the 26th year of their association with the event. They also established the ‘Stand for Small’ movement recently which involves a group of companies coming together and helping small businesses during the pandemic.

Chase – Official sponsor at US Open

This year marks the 39th year of US Open’s collaboration with Chase. Chase will also be the presenting sponsor of the event for the fourth straight year. They have also donated $180,000 for the seventh consecutive year to the USTA Foundation. This is to help with junior tennis programs and educational programs in 12 underdeveloped communities.

Emirates – Official sponsor at US Open

Emirates is continuing its collaboration as the official airline partner. It has been with the event since 2012, and is now entering its ninth year of partnership.

JP Morgan has been one of the main sponsors of the event for 38 years now, dating back to 1982. They have been associated with the women’s singles event at the US open since 1996. They also made a $180,000 donation for the seventh straight year.

Deloitte enters its fourth year as the official ‘professional services sponsor’. They are also the presenting sponsor of the US Open Wheelchair Competition.

IBM has been in the US Open sponsor family for 29 years. They are the official cloud & AI partners for the event. The organizers along with IBM will come up with digital innovations this year since fans will watch the event remotely. Match Insights with Watson is a new innovation introduced this year by IBM, which will provide deep insights into upcoming matches.

Polo Ralph Lauren is the official outfit partner of the US Open since 2005. They design the official uniforms for all tournament staff like the match referees, umpires, ball kids, etc.

Rolex is the official timekeeper of the US Open.

Bermuda is the official tourism sponsor of the US Open. Next year, Bermuda, the USTA, the USTA Player Development, and the USTA Foundation will have tennis legends and future stars play on the courts of Bermuda.

Evian has been one of the official sponsors for over 30 years now. It is a brand of natural spring water coming from the French Alps.

Apart from these, some of the other sponsors at the US Open are:

ESPN is the domestic broadcast partner of the event. The insurance company Chubb was announced as the insurance sponsor earlier this week, in a multi-year deal.