Rising tennis star Aryna Sabalenka swept past former champion Petra Kvitova 6-3, 6-3 to win her sixth WTA title at the Qatar Open 2020 on Saturday. The Belarusian has had quite a journey from enduring a personal tragedy in the pre-season to winning a tournament.

A month ago, Sabalenka lost to Carla Suarez Navarro in the first round of the Australian Open 2020. She committed 58 unforced errors in the course of two sets. The reason behind Sabalenka’s below-par performance had more than just a little to do with the sudden passing of her father in November.

“He was my biggest motivation”: Aryna Sabalenka

However, two months after her father’s death, Sabalenka won the biggest title of her career. With this victory, the 21-year-old was back on the path that her father set her on.

Dedicating her victory to her father, Sabalenka said: “I was actually only playing tennis and focusing on tennis and nothing else. And I think I gave everything for tennis. And I just lost my dad in the pre-season and he was my biggest motivation, and I’m doing it for him”. 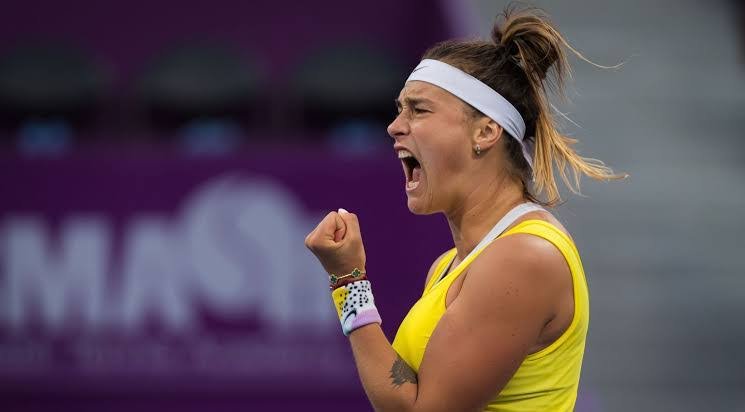 Aryna’s father, Sergey had introduced her to tennis when she was only six. He had been a mentor for her throughout her life. However, he died at the age of 43 and Sabalenka began to doubt herself whether she has the capability to go through the slog of the WTA tour.

However, Sabalenka, who has a tiger tattoo on her left arm, fought back bravely like a tiger and turn the tables around. Sergey always dreamt of her becoming the World No.1 and her win over the eighth-seeded Czech she will rise to No.11 in the WTA rankings on Monday. She is still fighting after her father’s sudden passing and is determined to fulfil Sergey’s wish.