American legend Serena Williams has started her 2020 season on a positive note. Playing in Auckland at the ASB classic, Serena decisively won her first two matches. She will now play her quarterfinal game tomorrow.

However, while talking to media in Auckland, Serena reflected on her last visit to Auckland three years ago. Among other things, she discussed how her pregnancy affected her at that time!

What Did Serena Williams Say?

Serena Williams lost in the second round at Auckland the last time around. The American star later realized that she was six weeks pregnant at the time.

“I always knew I would have to come back for sure. So I’m really happy to be back. I feel like the last time so many things were happening in my life that it was just crazy looking back and I didn’t even know and realize what was happening. Now I’m here with my daughter and it’s such a special moment, this is kind of like where it all began.”

Serena Williams also talked about her headspace this time in Auckland. She revealed that she is in a much better space of mind this year.

“It’s amazing. I’m in a really different frame of mind. I’m not pregnant, that’s a start so that works and I can only do good now.”

Serena also revealed how her pregnancy phase was a nightmare for her husband.

“I just remember it was windy and being angry, hating my now husband (Alexis Ohanian). I was like ‘I can’t stand you and I don’t know why. Obviously, at the time, I didn’t know why either. It was like ‘there’s something about your smell, I don’t like your smell’. I was six weeks pregnant and had no idea. 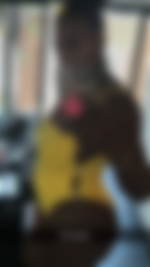 So looking back it’s so surreal and crazy and now that I’m here, I have all these funny memories of being miserable. “

How Has The ASB Classic Been For Serena?

Serena has put up a flawless performance so far. She got an easy victory over Camilia Giorgi in the first round. However, a brief hiccup against compatriot C. Mchale did trouble her in the first set of the second round.

Overall, a victory in Auckland will give her tons of confidence for the Australian Open.

Do you think Serena Williams can win the Australian Open?