WATCH: When AJ Styles and Jeff Hardy went to War on their First Encounter

Novak Djokovic carries such a charm around the World. The Serbian has a fun attitude and fans love what he does on and off the court.

Having won 17 Grand Slams and numerous other titles Djokovic boasts a very huge fan base. Many people admire the Serbian for showing nerves of steel during matches. But overall the player is a very humble person.

Narrating a similar humble story of Novak Djokovic is the German Field Hockey player Nike Lorenz. During the 2016 Rio Olympics, Lorenz was with the German National Team when Djokovic also was present in the athletes’ village, the place where all the participants stay during the Olympic Games.

“Just when I thought I could leave the tourist mode and become an ambitious athlete again, we met Djokovic during his evening regeneration run,” Lorenz said to faz.net

The team saw Djokovic pass-by and so one of the members of the team asked for a photo, the Serbian obliged and joined in for a photo. Lorenz spoke about the thoughts in her head when this happened.

She says she was petrified seeing Djokovic. The girls had made a list of stars they would meet during the Olympics and Djokovic was high on Lorenz’s list.

“In the athletes’ village, we meet Novak Djokovic. For the first time in my life, I was completely petrified” Lorenz said

“Of course, we had discussed beforehand who we really hoped to meet among the big stars of the sports world. Novak Djokovic was high on my list,” she added 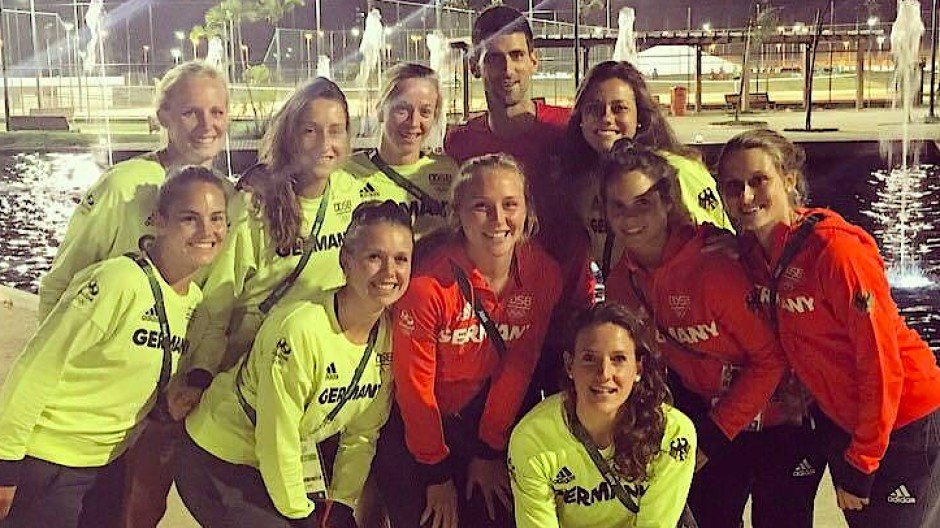 Nike Lorenz later won the bronze medal in field hockey with the German Team. She would have been very happy with her Olympics as she won a medal and the added moment of meeting Djokovic happened. A very heartwarming and raw experience narrated by Nike Lorenz

Djokovic is a global star. Everyone knows him. The ‘Big 3’ of Roger Federer, Rafael Nadal, and Novak Djokovic have a huge fan base and they share a deep connection with the fans.