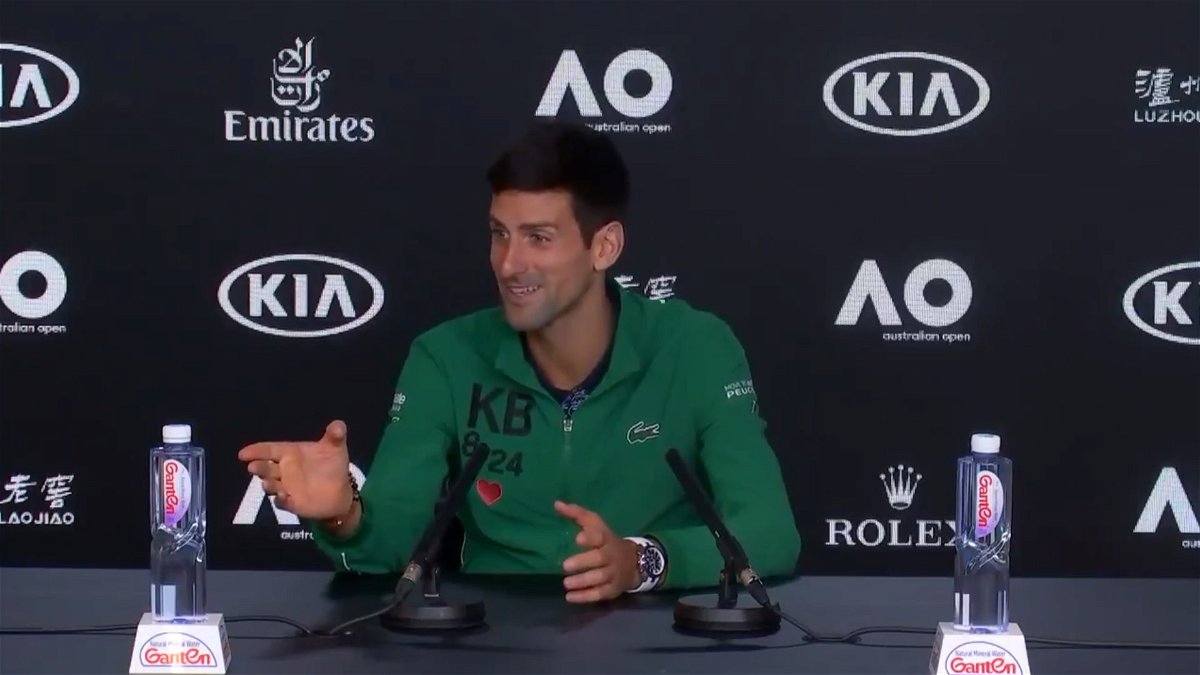 With his first Major title of the new decade, Djokovic now becomes the only man to win a Grand Slam in three different decades. A certain Rafael Nadal might have something to say about that come this May in Paris.

Novak Djokovic was a satisfied and content man after the intense final on Sunday. The Serbian was in a fine mood, as he should be, but did not go overboard with his joy.

One of the fittest athletes on the planet, Novak has a strict diet.

Alcohol is a huge no-no for the Serbian, even when everyone around him was toasting his victory with champagne. He did participate in the toast, only with his energy drink bottle.

A journalist was curious to know if Djokovic ever drank any alcohol and what was in the bottle he toasted with.

“Yeah, exactly. I mean it’s not wine. I thought you were probably thinking it is red wine. It’s not. It’s a hydration drink that I usually drink, anti-oxidant drink.”

He then confirmed he does not drink alcohol at all before adding a light comment about his brother.

“No, I will not drink alcohol. I don’t drink it in general. I don’t enjoy it. My brother will probably.”

As always, the Serbian champion was firm and stuck to his principles. No doubt the coming weeks of tennis were already in the back of his mind.

The 17 time Grand Slam champion is one of the most dedicated athletes in the world. He follows a strict regiment when it comes to caring for his body and keeping himself in peak physical condition during the tennis season, especially for the four Majors.

As a Novak fan, I am glad he doesn’t indulge in alcohol. He will have all the time in the world to do these things once he retires. Until then, his fans are more than happy to toast champagne in his stead.