Petr Yan hit back at Henry Cejudo for his comments via a Twitter post. He called out the fighter and challenged him for their long due fight. Furthermore, he claimed that he would retire him once more.

Petr Yan is the current UFC bantamweight champion. He went into a vacant title bout against Jose Aldo after ‘The Messenger’ retired post his victory at UFC 249. The announcement took the MMA world by storm and resulted in the UFC booking a match for the vacant belt.

‘No Mercy’ secured the title at UFC 251 when he took on and defeated Jose Aldo. Though he is the champ, it wasn’t in the manner he would have liked to receive the title. 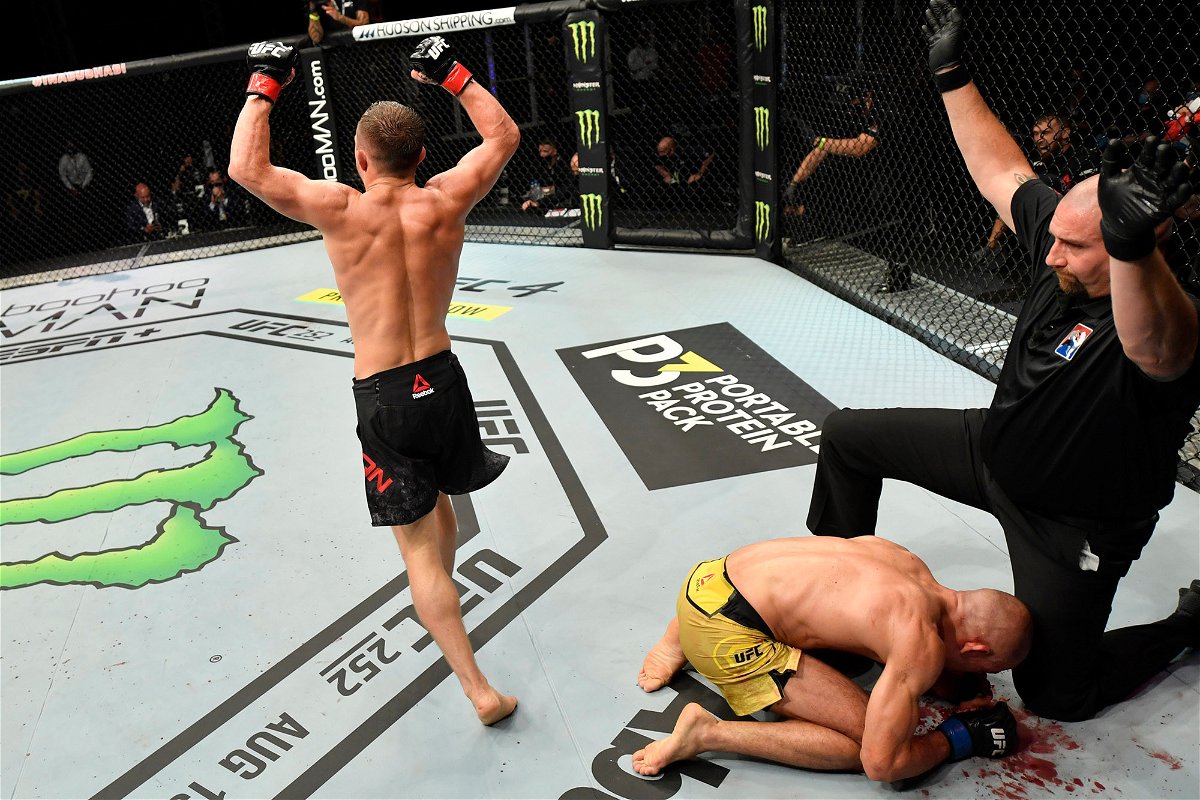 Yan claimed that Cejudo retired to avoid fighting top-flight contenders like him. The bantamweight champion believed that Cejudo took the easy way out by avoiding a title bout against him or Aljamain Sterling.

In a recent Twitter post, Cejudo was seen flying in his private jet, dissing the current champ. He wrote, “This is a public service announcement for yours truly King Triple C. Stop parading with my belts you rent a champs! (Petr Yan) #bendtheknee.”

In the video, he posted he was in a private jet and sent Yan a message. Henry Cejudo said, “So I’m out here flying private, and I can’t stop thinking of these two dirtbags, these two ‘rent a champs’ parading with my belts. Let me tell you something, you know what my belts do – they fly private, just like me, just with me. Well, you two ‘rent a champs’ you guys have fun on SouthWest, s**kers!”

Runaway bride aka triple clown trying hard to stay relevant. When you will have balls to come back, bend the knee, ask nicely and I will retire you again. https://t.co/Uaf3ivPt7M pic.twitter.com/kCmFK8iuh0

Hitting back hard, Petr Yan put up a picture of himself in a private jet as well and addressed Cejudo. He wrote, “Runaway bride aka triple clown trying hard to stay relevant. When you will have b***s to come back, bend the knee, ask nicely and I will retire you again.”

The UFC bantamweight champion is still waiting for his fight against Cejudo and will go to any length to get it. Do you think Henry Cejudo will surprise us once again with a return from retirement? What do you make of the latest exchange between the champ and the former champ?