Match 40 of ICC Cricket World Cup 2019 will witness a battle between tournament favourite India and Bangladesh at Edgbaston, Birmingham. India are only one win away from their semi-final berth whereas Bangladesh need to win their next two games against India and Pakistan if they want to keep their little hope alive for the semi-final. However, both the teams will try to win the game. Let’s have a look at the BAN vs IND Dream 11 Predictions.

For India, all-rounder Vijay Shankar has been ruled out due to the toe injury and India would likely to keep the same combination that played against the host England. No serious injury news from the den of Bangladesh as of now. Although Mahmudullah’s fitness can be a matter of concern for them.

The weather conditions are expected to be good in the game. The pitch which was used in India vs England game will be used in today’s game as well and fast bowlers are expected to get help from the pitch.

Both the teams have met 3 times in the history of ICC World Cup; where India won 2 times and Bangladesh 1. The result clearly shows India’s dominance over Bangladesh.

In the BAN vs IND Dream 11 predictions team for the ICC Cricket World Cup 2019 match, MS Dhoni has been chosen the wicketkeeper’s place, keeping his recent form in mind. He can give stability in the middle-order as well as scoring constantly and he is terrific with the glovework as well.

Rohit Sharma has been dealing with centuries and already scored 440 runs in the tournament whereas captain Virat Kohli also scoring constantly in every game. Their inclusion gives stability to the team.

The Dream 11 team also consists of three all-rounders, named Shakib Al Hasan, Hardik Pandya and Mosaddek Hossain. All of them have been in terrific form with both bat and ball. Hardik Pandya took 5 wickets so far along with scoring 187 runs from 6 innings.

On the other hand, it’s Shakib Al Hasan, who is the main player behind Bangladesh’s success in the ongoing World Cup. He is the leading run-getter as well as leading wicket-taker for his side. He has scored 476 runs and bagged 10 wickets so far, including a fifer.

Alongside Shakib, the other all-rounder is Mosaddek Hossain who also has the ability to give stability in the middle. Their inclusion are mandatory in the BAN vs IND Dream 11 Predictions team. All of them are doing well and that certainly proved beneficial for their respective teams.

For India, Shami is the leading wicket-taker with 13 wickets in 3 matches, including two four-wicket hauls and a fifer. Bumrah has 10 wickets in 6 games whereas Saifuddin also bagged 10 wickets so far. With this wonderful form, they become the obvious choice for the Dream 11 predictions team.

Shakib Al Hasan and Rohit Sharma have been chosen the captain and vice-captain respectively of the BAN vs IND Dream 11 team predictions. 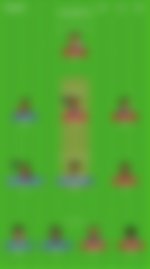