As the group league games of ICC Cricket World Cup are done and dusted, semi-finals have started from July 9. The first semi-final has seen the battle between India and New Zealand at Emirates Old Trafford, Manchester where New Zealand beat India by 18 runs. The second semi-final will be played between Australia and England in Edgbaston, Birmingham.

While Australia finished their group league with 14 points from 9 games, England claimed 12 points from the same number of games. Both the teams will try their hearts out to win the game so that they could play the final and lift the World Cup. It will be interesting to see which team will have the last laugh. Now, let’s have a look at the ENG vs AUS Dream 11 predictions.

No injury news from England’s den while Australia’s Usman Khawaja has been ruled out and Peter Handscomb has replaced him.

Rain might also create a problem in ENG vs AUS semi-final 2 clash. The weather is expected to be cloudy and the pitch is fresh which means the game is going to be a high scoring one.

Both the teams have met 8 times in the history of ICC World Cup where Australia won 6 times and England 2. The ENG vs AUS Head to Head record clearly shows the dominance of Australia over England.

In the ENG vs AUS Dream 11 predictions team for the ICC Cricket World Cup 2019 match, Alex Carey has been named the wicketkeeper, keeping his great form in mind. He has already scored more than 300 runs in the tournament and the third-highest run-getter for his side. He has the ability to provide stability to his team.

Five batsmen have been selected on this ENG vs AUS Dream 11 predictions team, David Warner, Aaron Finch, Jonny Bairstow, Eoin Morgan and Jason Roy. While Jason Roy and Jonny Bairstow are dealing with centuries, David Warner and Aaron Finch are no less. All of them are known to provide flying start to their respective sides so as England captain Eoin Morgan. They can pose big threats to their opponents and have the ability to turn the table anytime.

The ENG vs AUS Dream 11 predictions team also consists of one all-rounder, named Ben Stokes. Be it batting, bowling or fielding, he is in everything. He has scored 381 runs so far from 9 games and took 7 wickets as well. He has been in formidable form and has the ability to win the game for his team.

Four bowlers have been named in the Dream 11 team, named Mitchell Starc, Mark Wood, Adil Rashid and Jason Behrendorff. Starc is the leading wicket-taker of the tournament with 26 scalps with his name, including two four-wicket hauls and as many five-wicket hauls. Behrendorff, on the other hand, impressed everyone with his bowling as he has taken 9 wickets in 4 games, including one five-fer.

Mark Wood has 16 scalps in his name while Adil Rashid has taken 8 wickets so far. They all are able to provide early breakthroughs for their respective teams. As the fast bowlers are dominating the tournament so far, it is expected that they will do well in the game as well.

David Warner and Jonny Bairstow have been chosen the captain and vice-captain of the ENG vs AUS Dream 11 predictions team respectively. 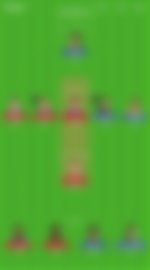