ICC Cricket World Cup 2019 has come to its final stage where the final will be played between tournament favourites as well as host England and the underdog New Zealand at Lord’s on July 14. New Zealand beat India in the first semi-final whereas England beat Australia convincingly in the second semi-final. Both New Zealand and England have never won the title. While New Zealand reached the final in 2015, England have reached after 27 years. It would be interesting to see how both the teams will play and handle the pressure of the final. Let’s have a look at the ENG vs NZ Dream 11 Predictions.

No injury news from both sides.

The weather will be good. The pitch also looks good. It is expected to be a great game between the two sides.

Both the teams have met 9 times in the history of ICC World Cup; where New Zealand won 5 times and England 4. The result clearly shows New Zealand’s dominance over England.

In the ENG vs NZ Dream 11 predictions team for the ICC Cricket World Cup 2019 match, Tom Latham has been chosen the wicketkeeper’s place, keeping his recent form in mind. He can score constantly and able to give stability in the middle order. Moreover, he is terrific with the glovework as well.

Four batsmen have been selected for this ENG vs NZ Dream 11 predictions team, Eoin Morgan, Jason Roy, Joe Root and Kane Williamson. While Jason Roy has returned with a bang after his injury and scoring with a good pace in the opening, Joe Root has the ability to give stability to his team. Joe Root is the leading run-getter for England with 549 runs. Eoin Morgan also has been in good touch. On the other hand, Kane Williamson becomes the obvious choice for the batsmen as he has been in great form and scored 548 runs so far. Their inclusion proves fruitful to the team.

The Dream 11 team also consists of two all-rounders, named Ben Stokes and James Neesham. Both of them have been in terrific form with both bat and ball. Ben Stokes took 7 wickets so far along with scoring 381 runs. On the other hand, the all-rounder James Neesham also has the ability to give stability in the middle and even he is among wickets also. He scored 225 runs and took 13 wickets so far. Their inclusion are mandatory in the ENG vs NZ Dream 11 Predictions team. All of them are doing well and that certainly proved beneficial for their respective teams.

Four bowlers have been named in the ENG vs NZ Dream 11 predictions team, named Adil Rashid, Mark Wood, Trent Boult and Lockie Ferguson. Though Adil Rashid took 11 wickets so far, Mark Wood is the second-highest wicket-taker for England with 18 wickets so far.

Kane Williamson and Jason Roy have been chosen the captain and vice-captain respectively of the ENG vs NZ Dream 11 team predictions. 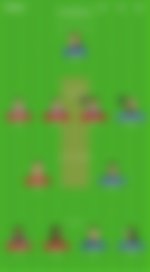