Match 34 of ICC Cricket World Cup 2019 will be seen the battle between favourite and the undergod – India and West Indies at Emirates Old Trafford, Manchester. Both the teams have such quality players that they are able to change the table single-handedly. India have won four games out of five where the one against New Zealand was washed out. West Indies have registered only one win so far out of six games. It will be interesting to see whether India will confirm their berth in the semi-finals or West Indies will make an upset.

No injury news from both the sides so far apart from Andre Russell’s exclusion from the tournament. India likely not get the service of Bhuvneshwar Kumar and expected Mohammed Shami will continue in tomorrow’s game.

The weather will be clear tomorrow and fans can enjoy a full 50-over game. The pitch is slightly dry which certainly help the spinners.

Both the teams have met 8 times in the history of ICC World Cup where India registered wins 5 times and West Indies 3. The result clearly shows the dominance of India over the West Indies.

In the Dream 11 team for the ICC Cricket World Cup 2019 match, Sai Hope has been named the wicketkeeper, keeping his recent form in mind. He is known to provide a flying start as well as to anchor the innings.

Four batsmen have been selected on this Dream 11 team, Rohit Sharma, Virat Kohli, KL Rahul and Chris Gayle. As Shikhar Dhawan has been ruled out of the tournament, KL Rahul has been opening the innings for India with Rohit Sharma. While Rohit Sharma is dealing with centuries, Rahul gives stability. Along with them, Virat Kohli too is playing pretty well. Chris Gayle, on the other hand, has been in good touch and scoring big in almost every games. Moreover, everyone knows how dangerous he can be.

The Dream 11 team also consists of three all-rounders, named Hardik Pandya, Vijay Shankar and Carlos Brathwaite. Though Hardik Pandya and Vijay Shankar couldn’t do well with the bat so far, they are pretty economical with the ball. Brathwaite, on the other hand, smashed a stunning century in their last encounter against New Zealand and nearly took his side to the finish line single-handedly. He is currently in a formidable form which can trouble his opponent.

Three bowlers have been named in the Dream 11 team, named Jasprit Bumrah, Kuldeep Yadav and Kemar Roach. While Bumrah is captain Virat Kohli’s go-to bowler, Kuldeep Yadav’s googly can trouble any batsman. Bumrah has taken 7 wickets so far and he is able to provide early breakthroughs. Kemar Roach has played only one game so far where he bowled a good spell and expected to continue that. As the pitch is slightly dry, Kuldeep is expected to be dangerous in the game. Keeping their form in mind, they are expected to do good.

Virat Kohli and Sai Hope have been chosen the captain and vice-captain of the Dream 11 team respectively of ES. 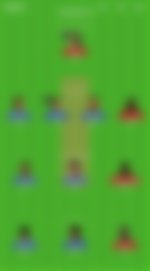