Match 24 of ICC Cricket World Cup will be seen the battle between two teams who are different in respect to strengths – England and Afghanistan at Emirates Old Trafford, Manchester. So far in 2019 World Cup, Afghanistan lost all their games whereas the host England won three of their four games. While Afghanistan will try to bounce back, England will try to keep their winning momentum on.

England will not get the service of their in-form opener Jason Roy who has been suffering from a hamstring injury. Though it is not decided yet whether the captain Eoin Morgan will play or not as he had also some back issues in their last game against West Indies. On the other hand, no injury scare for Afghanistan as of now.

The game will be played on the same pitch where India vs Pakistan game took place. Possibility of rain is less whereas spinners will get help from the pitch.

Both the teams have not met earlier in the history of ICC World Cup. It will be their first game and both o them will try to grab those valuable 2 points to stay alive in the tournament.

In the Dream 11 team for the ICC Cricket World Cup 2019 match, there are two wicketkeepers have been chosen, named Jonny Bairstow and Joss Buttler, keeping their current form in mind. While Bairstow is capable of giving a flying start, Joss Buttler is known for his big scores as well as he has the ability to anchor the innings till the end.

Four batsmen have been selected on this Dream 11 team, Hazratullah Zazai, Noor Ali Zadran, Hashmatullah Shahidi and Joe Root. While Zazai and Zardan are among runs, Shahidi already scored a fifty. On the other hand, it’s Joe Root who has smashed a hundred in the last game against West Indies while opening the innings.

The Dream 11 team also consists of two all-rounders, named Mohammad Nabi and Chris Woakes. Nabi, although failed to impress with the bat, he has taken a couple of wickets already, including a 4-wicket haul against Sri Lanka. Chris Woakes, on the other hand, is pretty impressive. Along with taking wickets, he is brilliant with the bat too, scoring a stable 40 against West Indies and gave good support to Joe Rot.

Three bowlers have been named in the Dream 11 team, Rashid Khan, Jofra Archer and Hamid Hassan. Everyone is well aware of Rashid Khan and Jofra Archer’s capabilities. They both are the key players of their respective sides where it is expected that Rashid will get some help from the pitch in the game. Hassan too has been trying to get back in form and hope he could play an important role for his side in the game.

Jonny Bairstow and Hashmatullah Shahidi have been chosen the captain and vice-captain of the Dream 11 team respectively of ES. 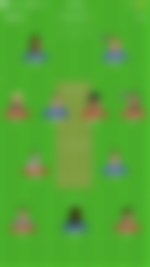