Match 39 of ICC Cricket World Cup 2019 will witness a battle between Sri Lanka and West Indies at Riverside Ground, Chester-le-Street. However, both the teams have lost their hopes of qualifying for the semi-finals. Though Sri Lanka were in the race before the India vs England game. With England’s win over India on June 30, Sri Lanka also have knocked out of the tournament and the game between Sri Lanka and West Indies wouldn’t have that much importance. But both the teams will try to end their campaign with the win. Let’s have a look at the SL vs WI Dream 11 Predictions.

Nuwan Pradeep has been ruled out of the tournament due to chickenpox and Kasun Rajitha has replaced him in the squad. Though it isn’t clear if he will get a chance to play. On the other hand, Evin Lewis is also injured and expected to miss the game.

The weather will be clear and the surface is good enough for batting. Even spinners will get help from the pitch as it’s going to be dry.

Both the teams have met 6 times in the history of ICC World Cup; where West Indies won 4 times and Sri Lanka 2. The result clearly shows the West Indies’ dominance over Sri Lanka.

In the SL vs WI Dream 11 predictions team for the ICC Cricket World Cup 2019 match, Kusal Perera, Nicholas Pooran and Shai Hope have been chosen the wicketkeeper’s place, keeping their recent form in mind. Kusal Perera can give a flying start to his team’s innings and he is the highest run-getter from his team. On the other hand, Pooran and Hope both can give stability in the middle-order and scoring constantly and Hope is terrific with the glovework as well.

The Dream 11 team also consists of two all-rounders, named Dhananjaya de Silva and Carlos Brathwaite. Both have been in terrific form with both bat and ball. Both the players took 5 wickets so far. Moreover, Brathwaite’s blistering century nearly pulled off the game against New Zealand. Their inclusion are also mandatory in the SL vs WI Dream 11 Predictions team. Both of them are doing well and that certainly proved beneficial for their respective teams.

Three bowlers have been named in the SL vs WI Dream 11 predictions team, named Lasith Malinga, Sheldon Cottrell and Ashley Nurse. Though Nurse didn’t get a lot of chances in the ongoing tournament, he is expected to get one. On the other hand, Cottrell is the leading wicket-taker of West Indies with 11 wickets in 7 matches, including a four-wicket haul.

Lasith Malinga, on the other hand, is the first choice for any team because of his economical spell. He has 9 wickets in his name so far from 5 matches which included a four-fer. With this wonderful form, they become the obvious choice for the Dream 11 predictions team

Shai Hope and Carlos Brathwaite have been chosen the captain and vice-captain of the Dream 11 team respectively. 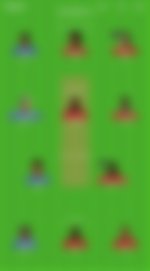