After the end of the ICC World Cup, India are all set to play their first series against West Indies which included 3 T20Is, as many ODIs and 2 Tests, starting from August 3 at Lauderhill, Florida. Where West Indies recalled their experienced campaigners Kieron Pollard and Sunil Narine in the squad, India backed the youngsters. It will be interesting to see the fight between the experienced and the youngsters. Let’s have a look at the WI vs IND Dream 11 Predictions.

Before the game, West Indies got a big blow. All-rounder Andre Russell ruled himself out due to his knee problem. Jason Mohammed has been named as his replacement. On the other hand, no injury concern from the den of India.

Scattered thunderstorms and rain are on the card which could ruin the game. If the game takes place, the team who will chase, get the benefit.

India faced West Indies 11 times in the shortest format of the game where both of them won 5 times each and one game had ended with no result.

Nicolas Pooran and Rishabh Pant both are the best choices as wicket-keepers, keeping their current form in mind. While Pooran played for Yorkshire in the T20 Blast, Pant had some time off ahead of the series. Both of them are able to provide support in the middle orders as well as goo behind the stumps.

Four batsmen have been included in the WI vs IND Dream 11 predictions team. They are Shimron Hetmyer, Kieron Pollard, Virat Kohli and Rohit Sharma. While Pollard had a good campaign in the IPL earlier this year, Heymyer, Kohli and Rohit had a great campaign in the recently concluded ICC World Cup and are expected to maintain that form in this series as well. Hence, they become obvious choices for the team.

Carlos Brathwaite and Krunal Pandya are the two allrounders who will fit in the WI vs IND Dream 11 Predictions team. Although Brathwaite had a good campaign in the World Cup, his team failed to do well. He will certainly try to show his calibre once again while Pandya will be beneficial in the middle order along with his spin bowling.

Three bowlers have been named in the WI vs IND Dream 11 predictions team. Bhuvneshwar Kumar, Sunil Narine and Rahul Chahar. Bhuvneshwar will lead India’s pace attack while youngster Rahul Chahar is expected to maintain his formidable form in his maiden T20I match for India. On the other hand, it is Sunil Narine, who’s able to do wonders with his mystery spin bowling. It will be interesting to see who will win the game.

Rohit Sharma and Sunil Narine have been chosen the captain and vice-captain respectively. 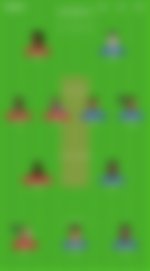