India have won the first Twenty20 International game against West Indies and are all set to face them in the second T20I on August 4 at Central Broward Regional Park Stadium Turf Ground, Lauderhill, Florida. The first game was a low scoring one. Let’s have a look at the WI vs IND Dream 11 Predictions.

No injury concern from both sides and they are expected to keep the same squad for the game.

Although scattered thunderstorms are forecasted later in the day, that should not affect the game as it has a start at 10.30 am local. Though it’s a high scoring ground, batsmen were seen struggling to score. A total of 150-160 will be a match-winning one on the ground.

Both the team have faced each other 12 times in the Twenty20 format where India won 6 times and West Indies won 5 times while one game had ended with no result. Although India have one win more than the Windies, it’s difficult to choose the favourite seeing the WI vs IND head to head record.

Nicolas Pooran and Rishabh Pant both are the best choices as wicket-keepers. Although Pant failed to score, Pooran was the second batsman who reached the double-digit for his side in a poor show with the bat from their team. Both of them are able to provide support in the middle orders as well as good behind the stumps.

Four batsmen have been included in the WI vs IND Dream 11 predictions team. They are Shimron Hetmyer, Kieron Pollard, Virat Kohli and Rohit Sharma. Although Hetmyer fell for a duck in the first game, Pollard took his side to 95, scoring 49 off 49. On the other hand, both Kohli and Rohit are among runs. However, they are expected to maintain that form in this series as well. Hence, they become obvious choices for the team.

Krunal Pandya is the allrounder who will fit in the WI vs IND Dream 11 Predictions team. Pandya did well in the first game and will be beneficial in the middle order along with his spin bowling.

Four bowlers have been named in the WI vs IND Dream 11 predictions team. Bhuvneshwar Kumar, Navdeep Saini, Sunil Narine and Keemo Paul. Bhuvneshwar Kumar is back in his zone and scalped 2 wickets in the first T20I while debutant Navdeep Saini had a dream debut where he picked up 3 wickets. From West Indies end, it was Sunil Narine who had a successful game with 2 for 14 along with Keemo Paul who also picked up 2 wickets for 23.

Rohit Sharma and Sunil Narine have been chosen the captain and vice-captain respectively. 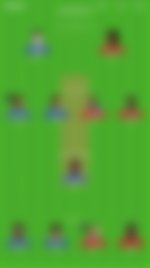