Kubica or Di Resta not good choice for Williams : Massa

Those who follow the sport would agree that F1 has had its fair share of highs and lows. Full of laughs and cries, dreams and morbid realities as well as sunny stories and dark secrets. Latelym F1 has been increasingly fraught with negative publicity and dwindling interest. It is not easy, even for a genuine fan, to remain motivated with the sport. While many sports have abundant motivational tales, F1 lacks some of that element. Because of a heavy reliance on machinery and equipment to perform, the genre itself remains absent from Olympics. But, to write off the sport just like that would be a mistake of elephantine proportions. Somewhere lost within the glitz, glamour and glory are the inspirational F1 stories. Stories that continue to remind us that the drivers make up the sport and their indomitable spirit drives it forward.

So here’s a look at Inspirational F1 stories:

Damon Hill’s foray into Formula One

Damon Hill’s name would come as a surprise to anyone. The Brit is known for many things. A talented driver was not among them. He has been accused of making it to F1 on the strength of his last name. Despite being the son of F1’s most charismatic driver, a two-time world champion, Damon’s life was far from luxurious. Losing his father at the tender age of 15 in 1975 was not the worst of it. The subsequent insurance claims wiped out their family savings. The big house, the money and the luxury were all gone. Their life never really took off and hardships were inbound for the young Damon. To complete his education he worked as a laborer and a motorcycle courier.

His childhood ambition was motorbike racing, but, a lack of funds made it impossible. Aged 25, he had found enough money to make it to Formula Ford, Formula Three and Formula 3000. However, he fell short of the expectations that came with his surname. Nevertheless, hardships had shaped Damon into a hardworking and sincere man. This impressed Frank Williams of Williams Racing to hire him as a test driver in 1991 and in 1993. The Brit held his own against his phenomenal team mate Alain Prost.

The Brit had comfortably settled into a No.2 driver role within the team. But the tragic demise of Ayrton Senna in San Marino changed everything. The team was completely in shambles and the whole world turned against them. The task to lead the team fell on him. With his steely determination and perseverance, he rebuilt the morale of his team. All this was despite severe competition from Schumacher and his young team mate Villeneuve. In the middle of the year Williams told him his services were no longer required for next year. 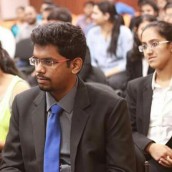 Conor McGregor Has Yet Another Challenger Amidst Khabib Nurmagomedov Rematch Speculations

Niki Lauda: Family to Return his 10% Stake in Mercedes F1 Back to the Team

Who Have Been F1’s Most Underrated Driver ?