IPL 2019 will reach its epic conclusion with the IPL 2019 Final, on Sunday night. It will be a rematch between the Chennai Super Kings and the Mumbai Indians for their 4th IPL crown. Both teams already have three IPL wins, and will be aiming to break the tie.

Last night, the Chennai Super Kings battled past a resurgent Delhi Capitals and break their hearts. Meanwhile, Mumbai went into the finals directly and had a good long 4-day rest.

Both teams will be eager to clinch their 4th title and break the tie between them. The IPL 2019 final, is set to take place at the Rajiv Gandhi International Stadium in Hyderabad. In other words, neither team has the home advantage over the other.

The pitch at the Rajiv Gandhi Stadium is quite unpredictable, as sometimes it helps batsmen. On other occasions, bowlers can run riot and tear through opponents.

The weather in Hyderabad is expected to be hazy according to weather reports. Temperatures will range between 35°C and 31°C, so the IPL 2019 final will start of blisteringly hot, but will cool down as the game progresses.

The IPL 2019 final marks the 28th time the the two sides will be squaring off in the league. Out of their 27 previous encounters, Mumbai have the better track record, having won 16 matches. The Super Kings only have 11 wins under their belt, and to make matters worse, three of their 2019 matches have been sealed by the Mumbai Indians.

Chennai Super Kings does lead the highest score tally, with 208 to MI’s 202 runs. However, their lowest score is 79 compared to MI’s 141

In the Dream 11 team for the IPL 2019 final, Quinton de Kock will be the pick of the bunch. In 15 matches, the South African had amassed 500 runs, with a high score of 81 at a strike rate of 131.23. De Kock has been in the form of his life and will be aiming to get some practice in before the World Cup 2019 kicks off later this month.

Four batsmen find themselves on this Dream 11 team for the IPL final, two from the Mumbai Indians and two from the Chennai Super Kings. They are, Suryakumar Yadav and Rohit Sharma, Shane Watson and Faf du Plessis respectively.

The ES CSK vs MI Dream 11 team consists of a trio of bowlers, namely Imran Tahir and Deepak Chahar for the Super Kings, and Rahul Chahar for the Indians.

Moving to the other side of the fence, Deepak’s brother, Rahul Chahar has picked up 12 wickets from 12 matches at an economy of 6.83.

Rohit Sharma and MS Dhoni lead Mumbai and Chennai into this IPL 2019 final, respectively. Both players seek glory for their IPL franchise for a 4th time ever. However, CSK are the defending champions and wish to take, back-to-back wins. Mumbai, on the other hand, have a better track record against them in 2019.

However, for ES’ IPL 2019 final Dream 11 team, Hardik Pandya is chosen to lead, while Shane Watson will be handed vice-captain duties. 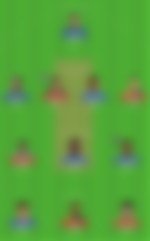