The IPL 2019 is reaching its epic conclusion very soon and kicking off the playoffs is a CSK vs MI clash at the MA Chidambaram Stadium. The Mumbai Indians and the Chennai Super Kings are battling it out for their fourth IPL crown. The winner of this tie goes straight into the finals, while the losing team get a second crack later on.

With the World Cup just around the corner, a few teams will have to bid farewell to a few foreign players. The Mumbai Indians may have to bid adieu to Quinton de Kock and possibly Lasith Malinga. Meanwhile, Chennai may lose Faf du Plessis and Imran Tahir sometime later. However, there has been no word yet on them leaving their respective teams.

Tomorrow evening’s clash is expected to be cloudy with no chance of rain. The temperature will be around the range of 35°C.

The MA Chidambaram pitch is also expected to be quite slow with a bit of turn. This was seen in most of the IPL 2019 matches there so spinners will have an absolute blast.

There have been a total of 26 CSK vs MI matches in IPL’s 12-year history. The Mumbai Indians have laid claim to an almighty 15 wins compared to the Super Kings’ 11. However, the Chennai team leads in the high score statistic with a 208-run score compared to Mumbai’s 202. In the lowest score department, MI have 141 compared to CSK’s embarrassing 79. What also plays into Mumbai’s hands is tha fact tjat they have won both their previous encounters in IPL 2019.

In the current CSK vs MI Dream 11 team, Quinton de Kock will be the pick of the bunch. In 14 matches, the South African had amassed 492 runs, with a high score of 81 at a strike rate of 133.33. De Kock has been in the form of his life and will be aiming to get some practice in before the World Cup 2019 kicks off later this month.

Four batsmen find themselves on this CSK vs MI Dream 11 team, two from the Mumbai Indians and two from the Chennai Super Kings. They are, Suryakumar Yadav and Rohit Sharma, Shane Watson and Faf du Plessis respectively.

The ES CSK vs MI Dream 11 team consists of a quartet of bowlers, namely Imran Tahir and Harbhajan Singh for the Super Kings, and Rahul Chahar and Jasprit Bumrah for the Indians.

So far this season, Harbhajan Singh has only been deployed in 8 matches, but has picked up 13 wickets at an economy of 7.15. Meanwhile, teammate Imran Tahir has amassed 21 wickets from 14 matches at an economy of 6.50.

Leading the two sides are Rohit Sharma for the Mumbai Indians and MS Dhoni for the Chennai Super Kings. However, for the ES CSK vs MI Dream 11 team, Sharma has been chosen to lead while Shane Watson is the second in command.

The two have been chosen as they are in red hot form and they will be able to rack up lots of points for people who choose them. 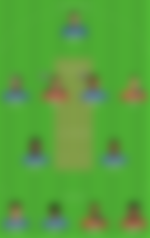