On Friday night, the Delhi Capitals will take on the Delhi Capitals in Vishakapatnam. The winner of this DC vs CSK tie will head to the finals and play against the Mumbai Indians. Delhi already saw off a challenge from the Sunrisers Hyderabad and eliminated them.

Delhi have shown that the absence of the injured Kagiso Rabada has little effect on them. Meanwhile, Chennai will be hoping to win this game and get revenge on the Mumbai Indians.

If weather reports are to be believed, temperature will range within 30°C and 31°C. Aside from that, cloudy skies and no rain in the forecast, are expected.

With regard to the ACA-VDCA pitch itself, one can expect a score between 160 and 170. As evidenced in the Delhi vs Sunrisers Hyderabad game, there is plenty of turn. In light of this, spinners will be crucial weapons on either side’s bowling arsenal. Also, since the weather is cloudy, dew will also be in effect and make the outfield a lot faster.

Between the two sides, there have been 20 DC vs CSK clashes in the IPL’s 12-year run. However, the Super Kings boast of the superior record, having clinched an almighty 14 wins to Delhi Capitals’ paltry 6.

In terms of the highest score, Chennai have struck 222 runs, compared to Delhi’s 198. In the lowest score department, CSK have 110 runs to DC’s 83. In terms of going head-to-head in 2019, Chennai have won both DC vs CSK league-stage matches.

ES’s DC vs CSK Dream 11 team contains five batsmen, with three from CSK and two from DC. Shreyas Iyer and Shikhar Dhawan represent Delhi, while Suresh Raina, Faf du Plessis and Shane Watson represent Chennai. Like his teammate, Pant, Shreyas Iyer has also struck 450 runs, with a high score of 67 and a strike rate of 122.28. Dhawan on the other hand has 503 runs with a high score of an unbeaten 97* at a strike rate of 135.94.

Shreyas Iyer and MS Dhoni lead the Delhi Capitals and the Chennai Super Kings respectively. But, in the ES DC vs CSK Dream 11 team, Shane Watson has been named skipper, with Iyer as the second in command, given their forms off late. 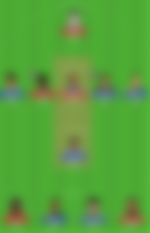