The second IPL Qualifier will be a DC vs SRH clash and this match will be important for both teams. The match will take place on 8 May, Wednesday night at 7:30PM IST. The venue for the match will be the ACA-VDCA Cricket Stadium in Vishakhapatnam.

The winner of this match will face the Chennai Super Kings (CSK) on 10 May, Friday. But for the losing team, it will be curtains for them.

The Delhi Capitals will be badly affected by the absence of Kagiso Rabada to a back injury. In addition to that, the upcoming World Cup 2019 will affect both teams, as a number of foreign players will be leaving. The Sunrisers Hyderabad (SRH) will miss the likes of David Warner and Jonny Bairstow as they have been recalled to prepare for the World Cup 2019.

Tonight’s clash is expected to be played under clear skies with temperatures ranging around 30°C. However, if weather reports are accurate, the humidity is said be fairly high and it could affect both teams. Also, with increased humidity comes the dew factor, which can help the team batting second. Due to the above factor, the toss will be equally important.

The ACA-VDCA Cricket Stadium in Vishakapatnam has not witnessed a single IPL 2019 game. So, in terms of pitch behaviour both teams come into this DC vs SRH match, blind. However, some expect the venue to have a flat surface. Having said that, the surface tends to assist the spinners often and it might behave the same way in this game as well.

In terms of DC vs SRH clashes over the years, the two sides have faced each other on the field, 14 times. Taking their head-to-head record into consideration, the Sunrisers Hyderabad have bagged 9 wins compared to the Capitals’ 5. The Hyderabad team narrowly edges ahead in the high score statistic with a high score of 191 to Delhi’s 189. In the lowest score department, SRH notched up 116 compared to DC’s paltry 80. It is also worth noting that the match will be on a neutral ground and both teams have won against each other in the league stage.

In the ES DC vs SRH Dream 11 team, Wriddhiman Saha gets the nod, as the likes of Jonny Bairstow will be absent. Saha has played 4 matches so far and racked up 78 runs at a strike rate of 177.27.

Four batsmen make it onto the ES DC vs SRH Dream 11, namely Shreyas Iyer and Shikhar Dhawan for the Capitals. Manish Pandey and Kane Williamson represent the Sunrisers Hyderabad team. The Delhi Capitals skipper has struck 442 runs from 14 matches at a strike rate of 123.46. Meanwhile, teammate Shikhar Dhawan faces his former team, having smashed 486 runs at a strike rate of 137.28.

In the DC vs SRH Dream 11 bowling quartet, Jagadeesa Suchith is the sole representative for the Delhi Capitals. The remaining three places are occupied by Rashid Khan, Khaleel Ahmed and Basil Thampi.

The ones leading the Sunrisers Hyderabad and the Delhi Capitals are Kane Williamson and Shreyas Iyer respectively. However, leading the ES DC vs SRH Dream 11 is Iyer and Manish Pandey as the vice captain. 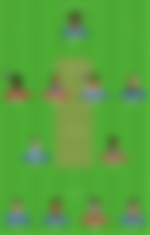