On Thursday night, the Rajasthan Royals face off against the Kolkata Knight Riders. This KKR vs RR match is merely for bragging rights as both teams are out of the running for the playoffs for now. However, the Knight Riders stand a reasonable chance of sneaking into the playoffs if they win.

Tonight’s IPL 2019 match will see KKR with the home crowd backing them and ES will help with the Dream 11 Predictions in case fans are still unsure.

The Royals come into this match on the back of a loss to the Kings XI Punjab. Kolkata are in a far worse position, having lost their last five matches. The last loss was against the Sunrisers Hyderabad.

The scene for tomorrow night’s KKR vs RR match will be set at the Eden Gardens Stadium. With regard to weather, the temperature will range between 27°C and 30°C. However, there will be significant humidity along with the presence of dew throughout the match.

The Eden Gardens pitch is very friendly for batsmen due to its short boundaries. If bowlers make a mistake in their line and lengths, they will be punished.

In the IPL’s 12 year history, there have been 20 KKR vs RR showdowns with Kolkata barely leading. The Knights have clinched 10 wins to Rajasthan’s 9, with only one non-result. Currently, the momentum is with RR, who have won two of the last five games. The highest score statistic goes to RR, having scored 199 to KKR’s 190. The lowest score statistic sees them behind with 81 to Kolkata’s 125.

Dinesh Karthik goes up against Sanju Samson in this KKR vs RR clash. However, Samson gets the nod in the Dream 11 side, having amassed 239 runs including an unbeaten 102*. He also has a strike rate of 147.53 and he can be a key player in this encounter.

Two all-rounders make the KKR vs RR list, with Sunil Narine and Andre Russell from the Knight Riders. Narine has 132 runs and 6 wickets at an economy of 7.62. On the other end of the spectrum Russell has 392 runs and 7 wickets to his credit at an economy of 9.27.

The one leading this KKR vs RR Dream 11 side is Sanju Samson and Sunil Narine will act as the deputy. 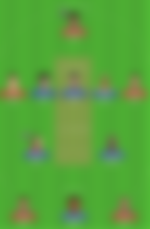