On Saturday night, the Kings XI Punjab and the Delhi Capitals will play each other at the Feroze Shah Kotla. This KXIP vs DC match is to consolidate 3rd and 4th in the IPL table.

Tomorrow night’s IPL 2019 match will see the Capitals have the home advantage and ES will help with the Dream 11 Predictions in case fans are still unsure.

The Capitals have been in good form lately but are reeling after a loss to the Mumbai Indians at the Kotla. To make matters worse, they were soundly beaten by 40 runs in front of their adoring fans.

Meanwhile, the Kings XI Punjab had contrasting fortunes, winning their last match, against the Rajasthan Royals. It was a 12 run victory in their own home, with the Punjab crowd egging them on.

The weather in Delhi on Sunday evening is expected to be a fairly warm 30°C at the Kotla. The Feroz Shah Kotla pitch has generally been a batsman’s haven. However, it wasn’t far from controversy, case in point, 2009. The ground came under fire after an ODI between India and Sri Lanka. As it turned out, the pitch was declared dangerous. It got to a point where the Kotla nearly faced a ban for 1-2 years.

There have been a total of 23 KXIP vs DC matchups in IPL’s 12-year history. Of those, Punjab have clinched 14 wins compared to Delhi’s 9. Punjab’s highest score is 231 while Delhi’s highest is 202 runs while their lowest scores are 67 and 104 respectively.

In this KXIP vs DC clash, KL Rahul is the pick of the bunch as he goes up against Rishabh Pant. He proudly displays a highest score of an unbeaten 100* in IPL 2019 at a strike rate of 127.72. KL Rahul has also amassed 387 runs in 9 matches.

The all rounders list, surprisingly, consists of only Delhi players namely Chris Morris and Axar Patel. Patel has scored 80 runs with 4 wickers boasting an economy of 6.72. Meanwhile, Morris has 32 runs with 11 wickets in his kitty, with an economy of 8.72.

Murugan Ashwin is the only Punjab player among the three bowlers in the KXIP vs DC Dream 11 team. The other two players are West Indian duo, Keemo Paul and Kagiso Rabada. Though Ashwin has only picked up 3 wickets, he has a decent economy of 6.38. Rabada is a prime wicket-taker with 19 wickets from nine matches at an economy of 7.91. Keemo Paul has only snatched 6 wickets, but he has only appeared in 5 matches. Paul has an economy of 8.29.

The skipper of this KXIP vs DC Dream 11 side is KL Rahul, with Shreyas Iyer serving as the deputy. 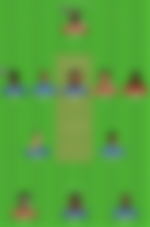