Match 35 of IPL 2019 pits the Mumbai Indians against the Rajasthan Royals. The RR vs MI clash as the former bid to get their season back on track. Meanwhile, the latter are hoping to catch the Chennai Super Kings and hopefully take over the top spot.

Tomorrow’s IPL 2019 match will be held in the Royals’ home ground and ES will help with the Dream 11 Predictions in case fans are still unsure.

The Rajasthan Royals have had a poor run this season and are struggling well down the order in 7th place. They are only 2 points ahead of the Royal Challengers, who have been struggling just as badly. Rajasthan only have 6 games left including tomorrow’s 4pm match at home.

Meanwhile, the Mumbai Indians are on the other end of the IPL table in 2nd place. Much like their opponents, there is a 2 point gap to their closest rival. But, while Rajasthan are defending, Mumbai are chasing. The Indians have won four of their last 5 games and are hoping to make it three in a row.

With regard to the weather, the temperature in Jaipur is expected to be around 34°C when the RR vs MI match kicks off. The pitch itself has seen the highest ever score of 183*, courtesy MS Dhoni during an ODI match in 2005. The Mumbai Indians vs Rajasthan Royals live match will be played at 4pm on Saturday.

There have been a total of 20 RR vs MI clashes and only one ended in a non-result. Mumbai have sealed 10 wins to Rajasthan’s 9. The MI vs RR score registered a 212 for the Men in Blue and Gold, with 208 for the Men in Pink. But Rajasthan have them beaten i the lowest scores, with 103 to Mumbai’s 92.

On the wicketkeeping front, Quinton de Kock goes up against Jos Buttler, but the South African’s good form and the fact that he is in the World Cup 2019 squad, makes him hot property on Dream 11.

Three all rounders from the RR vs MI tie make their way onto the list with Stuart Binny as the Royals’ sole representative. The other two slots go to the Pandya brothers, who have been in fine form. The older Pandya, Krunal, has 140 runs and 6 wickets in 9 matches in IPL 2019. Whereas, Pandya Jr, Hardik, has 218 runs and 8 wickets in 9 matches. Binny on the other hand has had very little game time, appearing in 2 matches and scoring 33 runs, though his wicket counter is dry. However, taking two matches combined, he had a strike rate of 300.00.

Rajasthan’s Jos Buttler is the skipper for this Dream 11 side in the RR vs MI clash. His second in command will be Mumbai Indians skipper, Rohit Sharma. The Mumbai Indians vs Rajasthan Royals match can be witnessed live at 4pm, this RR vs MI match will be important for both teams. 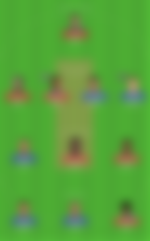