On Easter Sunday, the Sunrisers Hyderabad and the Kolkata Knight Riders will face off. This SRH vs KKR match is important for both teams to sneak into the top 4 of the IPL table and into the playoffs.

Tomorrow afternoon’s IPL 2019 match will see the Sunrisers have the home advantage and ES will help with the Dream 11 Predictions in case fans are still unsure.

The Sunrisers arrive at their home ground on the back of a shock win over the rampaging Chennai Super Kings. So, they will be high on confidence ahead of their KKR clash.

Meanwhile, the Kolkata Knight Riders had contrasting fortunes, losing their last match, to the Royal Challengers Bangalore. It was a 10 run loss in their own home, inspite of the Eden Gardens crowd egging them on.

The weather in Hyderabad on Sunday afternoon is expected to be a fairly hot 37°C at the Rajiv Gandhi stadium. The pitch has generally been considered a flat track, in other words, a spinner’s strength.

There have been a total of 16 SRH vs KKR matchups in IPL’s 12-year history. Of those, Kolkata have clinched 10 wins compared to Delhi’s 6. Kolkata’s highest score is 209 while Hyderabad’s highest is 183 runs while their lowest scores are 128 and 101 respectively.

In this SRH vs KKR clash, Jonny Bairstow is the pick of the bunch as he goes up against Dinesh Karthik. He proudly displays a highest score of an unbeaten 114 in IPL 2019 at a strike rate of 153.36. Bairstow has also amassed 365 runs in 9 matches.

The all rounders list, consists of two Sunrisers players and one Kolkata player. Namely Vijay Shankar and Abhishek Sharma for SRH and Andre Russell for KKR. Shankar has scored 139 runs with 4 wickers boasting an economy of 7.71. Teammate Sharma has 2 runs from one match and one wicket at an economy of 10.00. Meanwhile, Russell has 377 runs with 7 wickets in his kitty, with an economy of 9.35.

Sandeep Sharma and Rashid Khan fill up two of the 4 slots in the SRH vs KKR Dream 11. The other places are filled by KKR’s Prasidh Krishna and Kuldeep Yadav. Sharma has picked up 8 wickets from 8 matches and has a decent economy of 7.39. Khan also has 8 wickets to his credit and boasts of an economy of 5.59. Krishna has taken only 2 wickets from 9 matches at an economy of 9.17. On the other hand, Kuldeep has an economy of 8.66 with 4 wickets in hand.

The skipper of this SRH vs KKR Dream 11 side is David Warner, with Nitish Rana serving as the deputy. 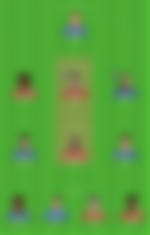