The host of the Ireland T20I Tri-Series 2019 will take on Netherlands today at Dublin. Netherlands is yet to win a match in the series. Netherlands lost against Scotland convincingly by 58 runs and settled for a draw against Ireland in a rain affected game. Meanwhile, Ireland has beaten Scotland and is sitting at the top of the points table. Here is the Ireland vs Netherlands Dream 11 Predictions.

The 4th match in the Ireland T20I Tri-Series 2019 will be played at the Village, Dublin on September 18. The match is scheduled to start at 6 PM IST.

Ireland had a huge win against Scotland in its last match. It chased a target of 193 with 14 balls to spare. Gareth Delany and  Andy Balbirnie scored half centuries in the top order, making sure Ireland crosses the line against Scotland. the bowling department looks solid too with Boyd Rankin and Gareth Delany picking 5 wickets together.

Ireland will be the favorite going into the match against Netherlands considering the last match performance of both the teams.

Netherlands batting performance looked solid as they tried to chase a target of 252 against Scotland. However, excluding the 96 runs innings from the captain, Seelaar the top order couldn’t perform as expected. Scott Edwards played a valuable innings at the end, but in the end the target was too much to get within the limited overs.

The bowling is a big concern for Netherlands. Shane Snater picked up 3 wickets against Scotland. However, rest of the bowlers exceeded plenty of runs without providing wickets which is crucial in the limited format of the game. it’s safe to say that the bowling unit needs to change things up for Netherlands to start winning matches in the series.

There are no injury updates from both the sides.

It’s going to be good day for cricket. Though clouds will be there at the Village there should not be any interruption in the match. 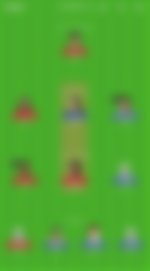