In the Ireland T20I Tri-Series, Scotland will face the host, Ireland in the third match of the tournament. The first match between Ireland and Netherlands was abandoned due to rain. Meanwhile, Scotland had a huge victory over Netherlands in the second match. While the host will be looking to get to the top on the points table, Scotland will try to keep the winning streak going. Here is the Ireland vs Scotland Dream 11 Predictions.

The 3rd game of the Ireland T20I Tri-Series will be played between Ireland and Scotland at the Village in Malahide, Dublin. The match is scheduled to start at 12.30 PM GMT / 6 PM IST.

The opening match of this series between Ireland and Netherlands was abandoned due to continuous rains. However, Ireland might be able to play its first match of the tournament as the weather is expected to be fine for today’s match.

Scotland is coming to the match with ton of confidence as it beat Netherlands convincingly in the last match. George Munsey and Kyle Coetzer are looking in superb form as they scored 127 and 89 respectively, helping the team get to a massive score of 252.

Again in the bowling department, Alasdair Evans and Adrian Neill performed well in the last match, picking up 2 wickets each. It’s safe to say that Scotland will be the favorite going into the match against the host.

There are no injury updates from both the teams.

The pitch at the Village can be safely assumed to be batmen’s paradise. In the last match on this pitch, Scotland scored 252 and Ireland scored 194. hence fans can expect a runfest again when Scotland takes on the host Ireland.

Bowlers:  B Rankin, S Getkate, A Evans, A Neill 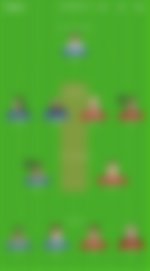