The match between Scotland and Netherlands will be played on September 19th at The Village, Dublin. The match is scheduled to start at 6 PM IST/ 12.30 PM GMT.

Scotland:
The last time Scotland played Netherlands, it had a win by a large margin(58 runs). George Munsey and Kyle Coetzer are the in-form batsmen for the team. Munsey even has a century in the tournament against Netherlands.
In the bowling department Alasdair Evans , Addrian Neill and Mark Watt have been performing consistently in the tournament so far. On paper Scotland looks the favorite going into the fight, but with a big win in the last match Netherlands has all the skills to beat Scotland.

Netherlands had a huge victory over the host in the last match when they it chased a target of 182 quite effortlessly. Max ODowd(69 from 45 balls) and Ben Cooper(91 from 56 balls) were in sublime form with each getting crucial half centuries. the bowling department also put up an impressive performance. Brandon Glover and Shane Snater picked up 2 wickets each and will be crucial in this match too.

There have been no injury updates from both the sides.

We may see clouds affecting the match today as per the forecasts. All the matches in this tournament have been played at The Village, Dublin. So far the pitch has been very helpful to the batsmen and we can expect a run fest today too. 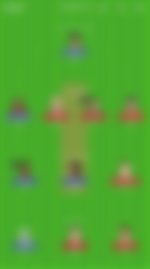