Gilbert Burns Hits Back at Leon Edwards For Recent Comments

The Western and Southern Open was the audience to a major upset. Second-seeded Sofia Kenin of the United States crashed out of the round of 32 in straight sets. Facing Alize Cornet of France, she looked confident going in the match. However, the Australian Open winner was no match for Cornet’s game. Kenin spoke on his defeat and stated that “today just it completely fell apart.”

“Preparation-wise, I was playing well. I played with the girls. We played, like, a lot of points, games. I don’t know. I mean, I had a great practice four or five days, and then today just it completely fell apart”, she said.

The American youngster admits everything fell apart on the main day even though preparations were pretty good. Her plans were not met perfectly. It wasn’t her best days in tennis. On any other day, it would’ve been Kenin all the way through.

Kenin: “Preparation-wise, I was playing well. I played with the girls. We played, like, a lot of points, games.

"I don't know. I mean, I had a great practice four or five days, and then today just it completely fell apart.” #CincyTennis

Sofia Kenin and her journey ahead

The thirty-year-old clearly cruised past the youngster as the scoreline reads 6-1 7-6. Kenin was cornered in the first set itself. She did fight back in the second set, dragging the game to the tie-breakers. However, the Cornet was too much for her to take. Her resistance proved fruitless as she lost the second set and the game.

Cornet, confident with the win proceeded to the round of 16. She will be facing the winner of Caroline Garcia and Victoria Azarenka. 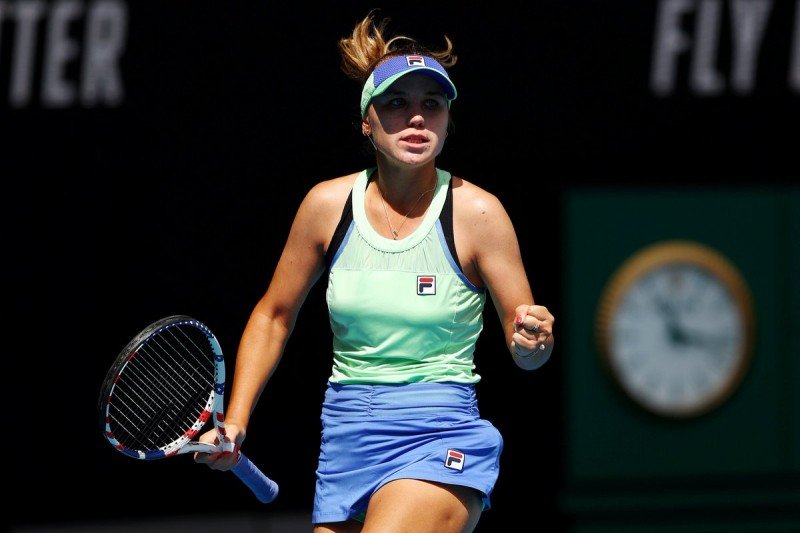 Meanwhile, the early exit for Sofia Kenin can prove to be a good thing for her. The US Open is set to commence from August 31. Kenin will be going in as the second-seeded player. Already a Grand Slam winner, expectations would be huge on the 21-year-old. The first-round shock at the Western and Southern Open could be a precaution for Kenin. With almost a week to go for the US Open, she has time to reorganize herself and prepare for the Grand Slam ahead.

Kenin after biting the dust will be focussing on the doubles event. Partnering with Victoria Azarenka of Belarus, she will be facing Karolina Muchova and Anastasija Sevastova. Hopefully, she can give her best and regain some of her confidence before the Grand Slam.