‘It Doesn’t Mean As Much’: Magnus Carlsen Explains his Decision to Retire from World Championship Chess

While Magnus Carlsen was recently crowned as the World Champion for the fifth time, there are possibilities it was his last chess championship. Regarded as the best player in the world, Carlsen is the highest-rated chess player and the most feared by his opponents.

The strategic genius is known for leading his opponents under difficult circumstances on the board, leaving them helpless and falling victim to defeat. Notably, Magnus Carlsen won the FIDE World Championship last week, defeating Ian Nepomniachtchi in a thrilling fashion.

However, Carlsen recently revealed that the World Championship has not been so pleasurable to him and there is a chance we might not see the 5-time World Champion compete in the tournament again.

Magnus Carlsen tasted victory once again as he defeated Ian Nepomniachtchi 7.5-3.5 and claimed the title in Dubai. However, he has revealed that his fans who want to see him playing there again should prepare to be disappointed.

“For those who expect me to play the World Championship next time, the chance that they will be disappointed is very great,” said Carlsen.

However, while the championship doesn’t fancy him anymore, the game continues to have Carlsen’s interest. Hence, there is no doubt that he will continue to play chess.

Carlsen announces that his match against Nepomniachtchi likely was his last, unless Firouzja wins the Candidates: "It’s been clear to me for most of the year that this World Championship should be the last. It doesn’t mean as much anymore as it once did." https://t.co/PRLhiW7QyL pic.twitter.com/HWZ4ol7Z1k

“It is important for me to say that I do intend to play chess. I will continue to play chess, it gives me a lot of joy,” added Carlsen.

Further speaking of his reason to retire from the World Championship, Carlsen said, “It doesn’t mean as much anymore as it once did.”

Who is the player Carlsen is excited to play against?

Notably, there is one player who will make Magnus Carlsen return to the Championship; Iranian Grandmaster Alireza Firouzja. The 18-year-old has taken the chess world by storm. He has a rating of 2800, which is the highest number recorded by a teenager.

Carlsen made it abundantly clear that the only way he returns to the championship is to face Firouzja.

“If someone other than Firouzja wins the Candidates Tournament it’s unlikely I will play the next World Championship match,” said Carlsen. 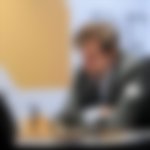 Additionally, Carlsen is now looking to achieve a new goal, which is to attain a higher rating of 290o. He is currently the highest-rated player in the world, followed by Firouzja. However, he knows it will be really hard to do the same as there would be no room for error.

“I have to be at the top of my game every time I play. There is no room for error,” said Carlsen.

However, the bigger question now is, have we witnessed the last of Magnus Carlsen in the championship, or will Firouzja bring back Carlsen to fight for his crown?