Nick Kyrgios is a funny guy. He keeps engaging in funny banters with players and during this lockdown period, he has entertained his fans a lot. Kyrgios today posted a video working on his volleys on Instagram.

In the video, Nick was hitting the bowl rather cleanly. And even had a cheeky caption to go with the video.

“Don’t be mad I got better hands than you. Working on the volleys”

A bit of self-praise from the Australian. Former World No.8 Jack Sock dropped in a comment on Kyrgios’s video. And he firmly disagrees with Kyrgios’ volley claims.

“I beg to differ,” commented Sock.

Kyrgios and Sock were together as teammates for Team World in the Laver Cup. And played doubles together. They are good friends and in court, they have had some great moments together.

“You told me just not to miss, it works against Team Europe my bro “ Kyrgios replied. 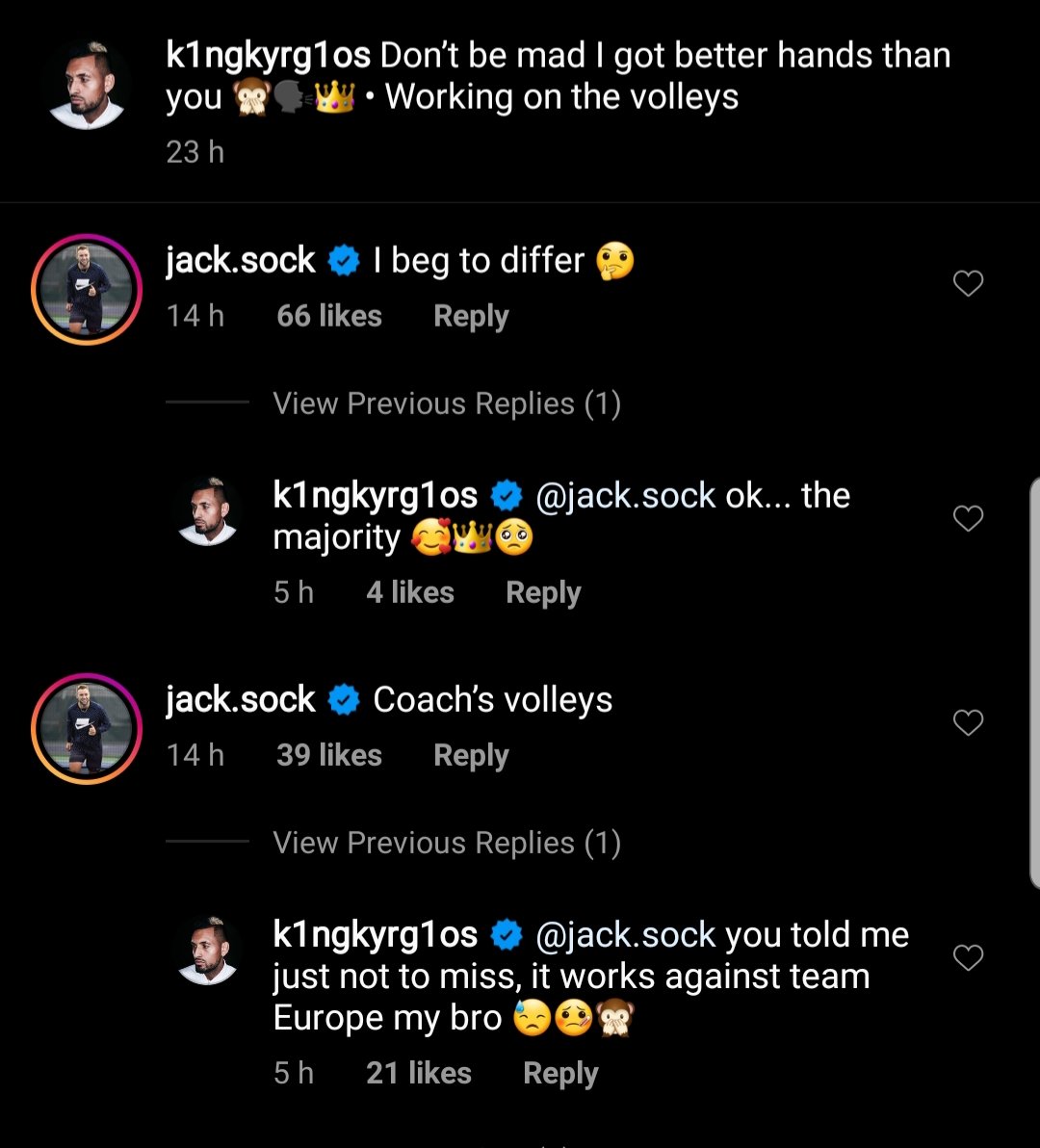 Kyrgios was referring to the Laver Cup games they played together. But Sock wasn’t having any of this. He disagrees with the Australian’s claims in a funny manner. 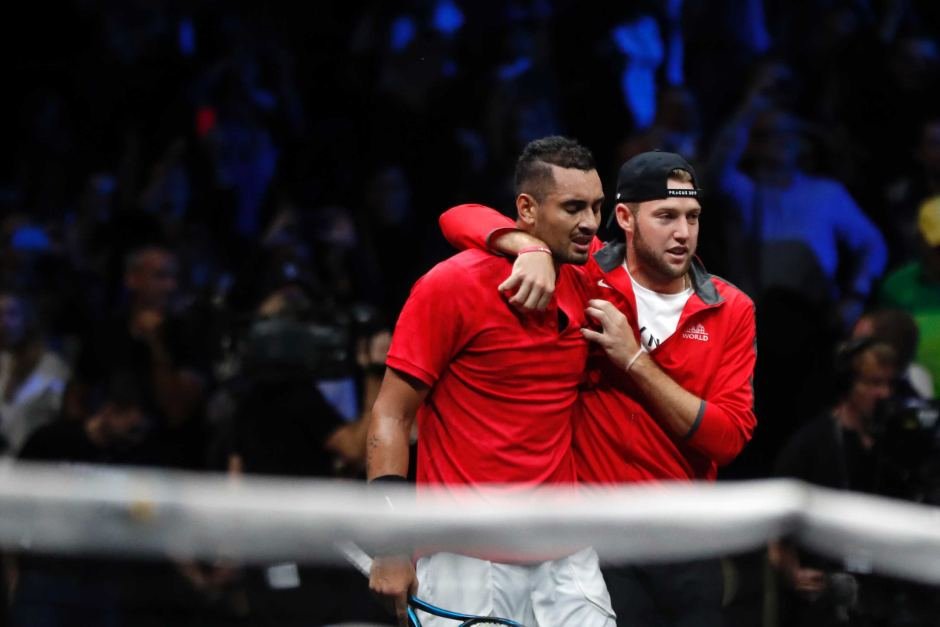 Jack Sock and Nick Kyrgios are close friends on and off the court. Sock is getting married this year and has named Kyrgios as one of his groomsmen. In early May Jack Sock in a FaceTime with John Isner and Nick Kyrgios presented them their gifts and announced the news.

Coming to the tennis season, Kyrgios has been pretty vocal about the resumption. Kyrgios called the ATP as well as the USTA selfish for organizing the US Open as there are more things to pay attention to.

Read More: “How Selfish Can You Be?” – Nick Kyrgios Blasts Alexander Zverev

Kyrgios has been critical of World No.1 Novak Djokovic as well. Djokovic landed into trouble after organizing the Adria Tour in the Balkans. That caused 4 players to get infected with the coronavirus including the Serbian. Kyrgios has been very vocal with all these issues and it will be interesting to see which tournament he chooses to restart his 2020 campaign