“It’s More Than Just A Diet, It’s A Lifestyle”- Novak Djokovic Opens Up On Plant Based Diet

Novak Djokovic and his vegan lifestyle have increasingly been the centre of conversation in the centre world. Djokovic seems to be thrashing the myth that meat consumption is essential for a physical activity like sports.

Being associated with a plant-based diet for four and a half years now, Novak Djokovic is the fittest athlete that you’ll find on the tennis court.

Recently, the Serbian star opened up on his plant-based diet and how it affects him.

What Did Novak Djokovic Say About Being Plant-Based?

Novak revealed that he was actually very pleased that he had a vegan lifestyle and was still continuing to play at the highest level:

“I’m very pleased that I am plant-based and play on this level for four and a half years. There’s also been a lot of criticism, you know people around me didn’t think I could do that. I’ve been through different phases of adapting to this kind of lifestyle.”

Novak went on to confess that this was not just a dietary choice that he was making. It is deeply linked to the ethical parameters of his life and his value system.

“It’s a lifestyle. More than just a diet because you have ethical reasons as well. Being conscious of what is happening in the animal world and you know the slaughtering of animals and farming and everything. There is obviously a huge impact as well on climate change that people maybe don’t talk about as much. It’s more than a performance for me, it’s a lifestyle. Something that I’m really proud of and hopefully that community grows.”

Novak’s biggest hope is that he can inspire other athletes to adopt a similar lifestyle. 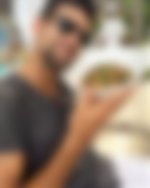 “Hopefully, I can inspire other athletes that it is possible to be plant-based and to recover well, to have strength, to have muscles. I’m not a weightlifter, of course, but I do have an optimal balance between the strength and power and speed. And, you know, nothing seems to be missing, at least from my experience. So I will keep on enjoying that.”

Novak Djokovic has been meat free for four years now and it has worked out just fine for the Serb. For the sake of the climate, it’ll be good if sports as an industry gets rid of animal exploitation in things as small as the use of leather. In the longer run, veganism is also a feasible option.