The great Roger Federer and his aura transcends tennis. He is an example for athletes in all sports around the globe. People from all walks of life look at him and get inspired. And the same is true of Thomas Tuchel and his players in Paris Saint-Germain.

PSG is a club that is obsessed with winning the UEFA Champions League. Qatar Sports Investments bought the club in 2011 with the sole aim of becoming the champions of Europe. It is safe to say they have failed miserably to achieve that until now.

The club changed multiple managers and players to get to their objective, but to no avail. They bought superstars of the sport into the club at mindbogglingly exorbitant amounts of money, and yet they failed.

It is no easy feat to lift the Champions League trophy, but I still say PSG failed miserably because they haven’t even come close yet. They have lost in the Round of 16 for the last three years. Last season’s exit was particularly hurtful and heartbreaking for them.

PSG drew Manchester United in the round of 16 last season. While Manchester United is easily one of the biggest clubs in the world, it is currently going through it’s own share of troubles. They haven’t won the Premier League since the legendary Sir Alex Ferguson left the managerial position in 2012.

PSG got off to a dream start in the round of 16. For the first leg, they played United at Old Trafford and beat them 2-0. But United made a remarkable comeback in the second leg to win 3-1 and proceed to the next round on the away goals rule.

This time around, Tuchel had an interesting manner of getting his players to believe in their dream. He cited the example of the evergreen Roger Federer to explain to his men that everything has it’s process.

“You have to accept the context. I said after [being eliminated by] Manchester United, ‘guys, we will try again next year’. The group stage, the last 16, that’s how it is. It’s the same for tennis. Everyone thinks that Roger Federer has always won, but it’s not like that.” 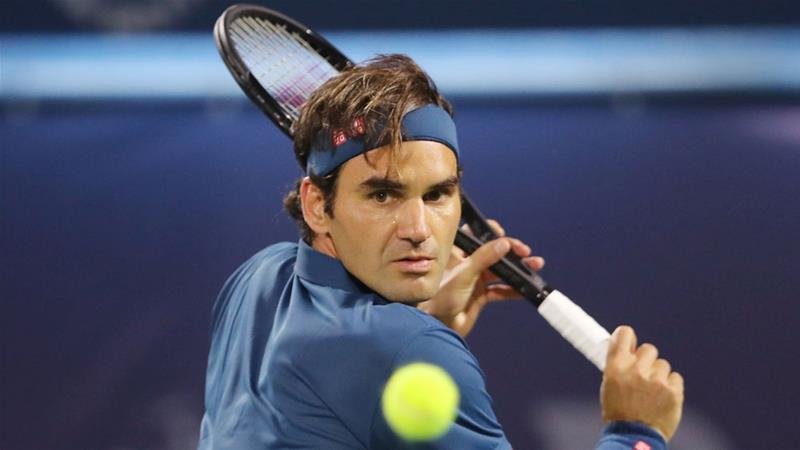 Very true words by Thomas Tuchel. Federer, although as naturally talented as one can be, worked hard, failed miserably, went through his share of dips and losses. He went through all of these and learned and grew from it.

He became better with every downturn in his fortune and finally became the player we saw through all these years. Very few achievements come easy in sports. And even fewer come instantly. but if anyone can inspire PSG to lift the Champions League, surely Federer can.