“We let ourselves down with the bat once again” : Virat Kohli

It was another nail-biting finish as RPS and SRH went head to head in today’s IPL encounter. Batting first RPS score 148 runs with the help of 31 runs of MS Dhoni when his team was struggling. By the look of the current form of SRH, most of the cricket pundits were sure that they would take this win for sure, but it was Ben Stokes and Jaydev Unadkat who performed very well and won the match for RPS.

When you are defending a target less than 150 against the likes of Warner and Yuvraj Singh, you need to strike early in the match. It was Ben Stokes who struck early in the 5th over and sent Williamson and Shikhar Dhawan back to pavilion. It wasn’t enough for the Stokes as he took the key wicket of David Warner. At this point, the game could go either way but Yuvraj wasn’t going down so easily as he managed to survive through the collapse of wickets. 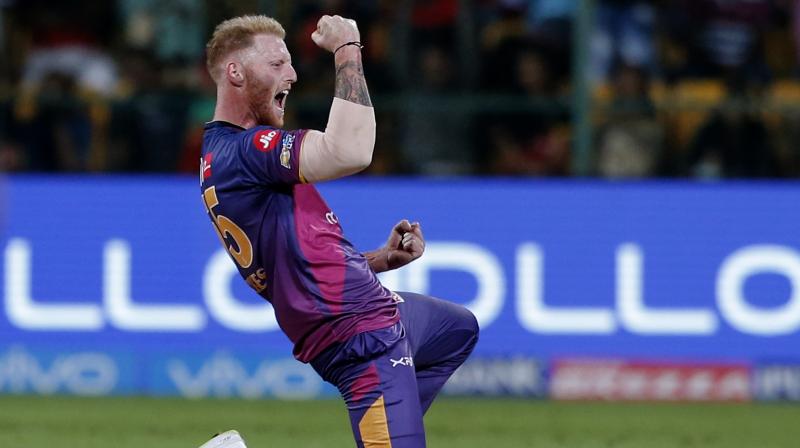 SRH needed 32 runs in 18 balls with Yuvraj still on the crease, batting at 47 runs. Jaydev Unadkat was the man to bowl the crucial 18th over. It was a right call from the captain as he took the wicket of Yuvraj Singh on the first ball and then the wicket of Naman Ojha in the same over. The game was pretty much over by then.
Needing 13 runs to win in the final over, SRH completely collapsed as Unadkat ran through their lower order. Jaydev Unadkat not only defended the target but also bowled a hat-trick maiden over. Bipul Sharma, Rashid Khan and Bhuvneshwar Kumar were dismissed as Jaydev Unadkat achieved this feat to end with figures of 5 for 30. Jaydev Unadkat won Man of the Match award for his performance. During the presentation, he said, ” To get through in that low scoring match was outstanding. We are at the top of the table. All of us have worked hard, all of us have contributed and that’s how you win matches for the team. I am very happy with the result today. I am trying to keep it simple and have the backing of Smith, MS and Stokes. We have been having some terrific talks in the meetings and it is good to implement all those in the match. I have been doing well in this part of the game and I need to continue it for the team. I need to adapt to the wickets and we are playing in Delhi next, that is one of the better batting wickets in the tournament and I have to adapt to that wicket.”.