Competitive Fortnite puts a lot of pressure on the participants. With the prize money, which is quite substantial, and the fame and recognition attached to it, you can understand why. While this can unearth skilled players, it can also, sadly, bring out the very worst in competitors. Ninja took to twitter to speak out against one such toxic phenomenon, urging players to avoid doing it.

Griefing is something that isn’t all that rare in Fortnite tournaments. For those unfamiliar with the term, simply put, it is the act of harassing other players with, an almost spiteful, attempt to disrupt their game. For instance, when a player knows he/she can no longer qualify for the next round, they simply start landing at the same place and targetting the leading participant just to mess up their game and qualification.

“Do not grief other players at tournaments, because you no longer have a chance at qualifying,” Ninja said, speaking to his 5.8million followers.

The streamer emphasized on the fact that the players might need the money, which they would lose simply because of griefers. “You don’t even know what you’re doing. What if this person needs this money? Like, you don’t know what they’re going through, what their family is going through, especially in a time like this man. People aren’t even comprehending that.” 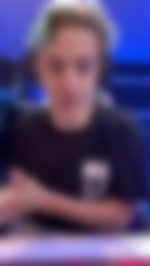 Ninja asked all of his fans to never stoop down to the level of griefers. Doing so will make the game less competitive and fun during tournaments. Instead, he told players to take the loss and get better for the next competitive run. “Don’t grief players, because your tournament is over. Don’t land somewhere else and try to ruin someone else’s tournament because you choked or sucked, and now can’t qualify. Find out what you did wrong, and improve in the next tournament. There’s gonna be a next tournament.”

He made a wide proclamation to all content creators, streamers, and anybody who had an audience, with a similar message. He stated that the eminent online personalities had a responsibility to ensure that they don’t grief players. “This goes out to people who actually have an audience and have a platform, you guys have to lead by example.”

Ninja has set the bar for players and content creators like him to follow. Griefing is a problem for any online game but carries massive consequences in a tournament where money and hard work is on the line. Referring to this, Ninja ended his message with, “Just don’t stoop to their level, be better than that, be better than them. And just be a good role model man, there are so many people who are just watching you…1000s, tens of thousands of people watching you guys compete every, so set a good example. Try to stay above it.”

To all the griefers out there in Fortnite tournaments griefing peeps. pic.twitter.com/PEOIjQLEbu

Just today, we got a prime example of griefing between Clix and Unknown Army. After tempers flared between the two, Unknown tried his best to grief Clix but failed. Ninja seems to ave sent he whole thing as well, and decided to make a video urging players to avoid such toxic behavior.

On the other hand, Ninja called out another player who claimed to be a victim of griefing. Scoped took to twitter to hit back at a player who was landing at the same place as he was.

Ninja, though, reasoned with Scoped saying just because someone lands at the same place doesn’t mean it is always griefing.

Im sure he’s checking your timeline and realizing his mistakes! Some people practice landings and that’s the only spot they know and have learned. Just take the free point gracefully bro 🥺

Let’s just hope Ninja’s message gets across young competitors and the toxic behavior in tournaments is eliminated.