Kevin Anderson did not have a great year in 2019. He pulled out of a lot of tournaments due to injury dropping to world no. 91. He will definitely not be happy with this as he was world no. 6 at the end of 2018.

After losing in the 3rd round loss at Wimbledon, Kevin Anderson announced he would be missing the rest of 2019 due to a right knee injury. He underwent surgery for the knee and he hopes to be ready for 2020.

To help him do well in 2020, Kevin Anderson has added former tennis player Diego Moyano. This was announced through Diego Moyano’s Twitter account.

Diego Moyano is a former professional tennis player from Argentina. He currently works at the USTA and trains upcoming tennis players like Reilly Opelka. He also trained Denis Kudla and Andrea Collarini.

Diego Moyano will be helping Kevin Anderson play his best tennis again now that the South African has recovered from his injury. Kevin Anderson was seen competing in a charity event in Florida which featured players like Jesse Levine, Cori Gauff, Mike Bryan and Bob Bryan. 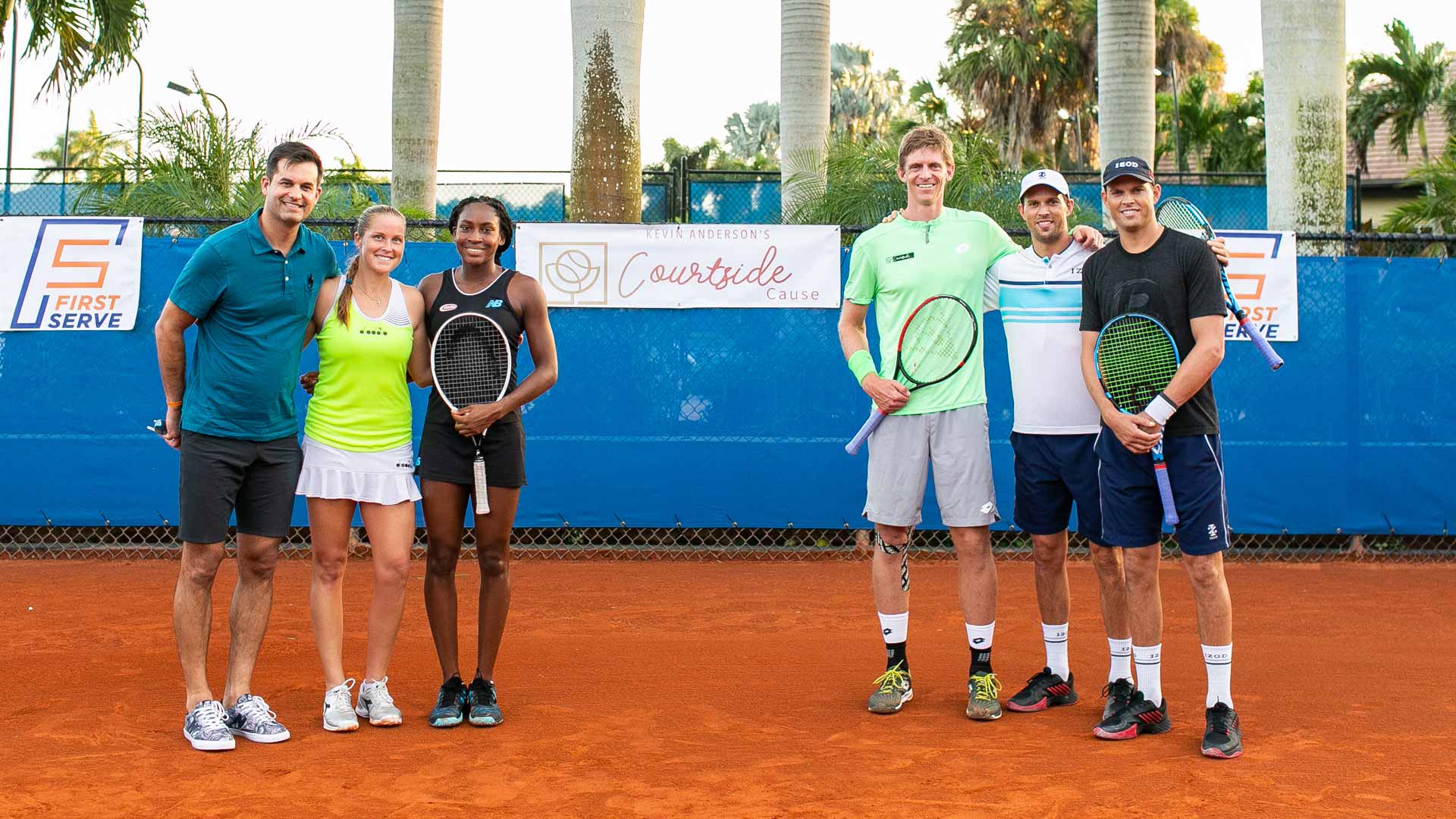 Kevin Anderon seems like he is back to full fitness and is ready for 2020. After reaching the finals of the US Open and Wimbledon in 2017 and 2018, he will be hoping to finally win a Grand Slam. He will try to win his first Grand Slam in 2020 with the help of Diego Moyano to become the first South African to win a Grand Slam in Men’s singles.

Kevin Anderson might have also added Diego Moyano to his coaching team as next year is also the Olympic year. He will be looking to win South Africa’s first Gold Medal in tennis since 1920 when Louis Raymond won it.

There are so many things Kevin Anderson could achieve in 2020. If he does, 2020 could be the best year in his career.