Sebastian Vettel to Red Bull F1: Is Money Coming In the Way of His Return?

Haas F1 driver Kevin Magnussen talked about his team’s underwhelming performance last season. He states that the 2019 season was an anomaly. And the team is set to bounce back in the top 5 this season.

K-Mag believes that Haas will learn from its mistakes of 2019. And will not get into a downward spiral like Williams and Mclaren in the past. 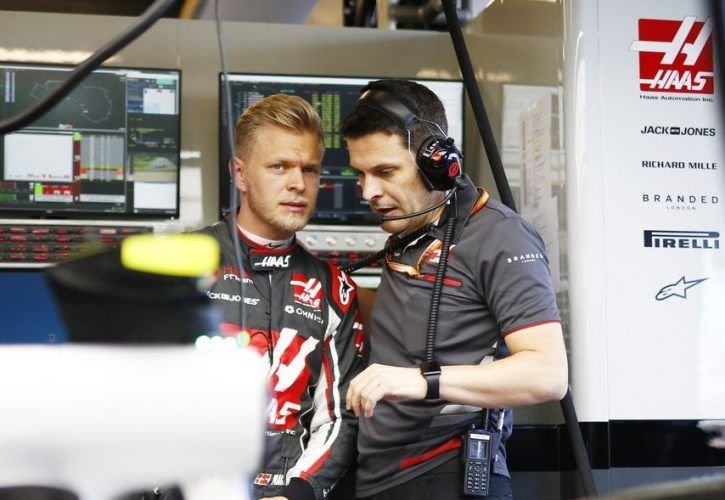 The most memorable K-Mag moment came in the Austria Grand Prix. He started the race from the 5th spot, his best starting position of the year. But ended up in 19th spot, his worst result of the year. Which team boss Guenther Steiner memorably described as “negatively amazing”.

Haas struggled with race pace in 2019. The car would perform extremely well in qualifying but grappled with tire and aerodynamic issues on Sundays. As a result of this, Haas struggled with car development and the team ran two separate cars for each driver. One developed in pre-season testing and one with the latest upgrades.

Exacerbating the situation, there was a minimal indication of the group making any steady improvement with the vehicle through the span of the period. The group glanced fit as a fiddle during pre-season testing and at the season-opening race in Melbourne.

Be that as it may, in Bahrain, having qualified only five-thousandths of a second off Max Verstappen fifth-set Red Bull, Kevin Magnussen sank to thirteenth in the race. It was an indication of what might be on the horizon.

What did Kevin Magnussen say?

It took until the finish of the period for Haas to comprehend “which parts of the vehicle are failing to meet expectations and not sufficient”, and their presentation varied in the meantime, Magnussen clarified.

Likewise with his colleague Romain Grosjean, that made it hard to evaluate Magnussen’s performance all through the season, besides a couple of seconds which stood apart for fortunate or unfortunate reasons.

In conclusion, Haas will be looking to have a repeat of 2018 and zoom ahead of the midfield. And will target the best of the rest spot this year.

“You’ve Got to Take it to the Limit, Not Over the Limit” – Kevin Magnussen on Aggressive Driving

I’m Not the Only One: Kevin Magnussen Justifies His Dangerous Driving in F1