In the final season of Kia Super League 2019, Lancashire Thunder are yet to open their account where their two points so far, came from a washed-out game. They will be looking to register a win in the tournament. On the other hand, Yorkshire Diamonds placed second from the bottom of the table but they still have a chance to make it to the semi-finals. Let’s have a look at the Yorkshire Diamonds vs Lancashire Thunder Dream 11 Prediction.

The 23rd match between Yorkshire Diamonds vs Lancashire Thunder of the Kia Super League 2019 will take place at the North Marine Road Ground, Scarborough at 2:30 PM local, 1:30 PM GMT and 7:00 PM IST on August 23.

In the last match, Yorkshire Diamonds nearly pulled out a thrilling victory against Southern Vipers but failed to do so by mere 3 runs. Jemimah Rodrigues was about to take his side over the finish line but experienced Suzie Bates’ bowling handed over Yorkshire Diamonds their another loss. Apart from Rodrigues, Hollie Armitage has also been amongst runs. Even Leigh Kasperek took a four-wicket haul in the last game.

Apart from Harmanpreet Kaur and Sune Luus, there is probably no one in the squad among the batsmen in a good form for the Lancashire Thunders. Kaur is the highest run-getter for Thunder with 217 runs in 7 matches. In the bowling department, spinner Sophie Ecclestone and captain Kate Cross have been among wickets. Ecclestone has taken 10 wickets, including a three-wicket haul in the last game and Cross scalped 9 from as many games.

As of now, there are no injury concerns. Both the teams are looking forward to keeping their playing XI intact. While Thunder batsmen will try to provide good support to Harmanpreet Kaur, Yorkshire will depend on their bowlers to do good. Registering a victory is important for both the teams and they will surely play their hearts out.

The weather is expected to be cloudy with a humidity of 69%. No rain has been forecasted yet. Even not much has been known about what the pitch in Scarborough so far as this is going to be the second KSL game on this ground. Last year when Yorkshire Diamonds took on Western Storm, they lost despite putting up more than 170. Looking at that, it can say the pitch will be beneficial for the batters.

In the last five meetings between the two teams, Yorkshire have managed to win three times where Thunder won two games. However, a win is necessary for both the teams to stay in the race. 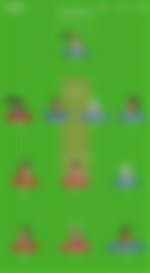